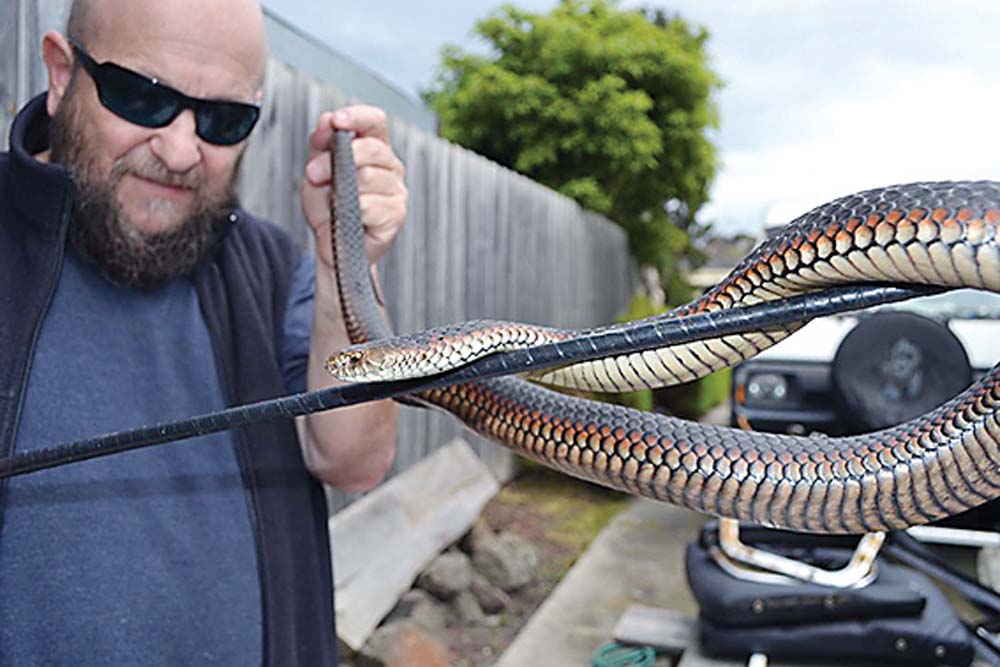 BARRY Goldsmith has warned that this could be an “early year” for snakes.

A wildlife controller, snake catcher and wildlife rescuer on the Mornington Peninsula for “close to four decades”, there’s not much about snake catching Mr Goldsmith doesn’t know.

“Every year is different,” he said last week.

“Some years, the season will start early … and the heavy rain we had in August has meant lots of vegetation growth as well as healthy populations of lizards, frogs and rodents [which snakes like to eat].

“I just want people to be aware in the garden and around the home as we have received many calls about snakes and snake sightings over the past three weeks,” he said.

Tiger snakes and copperheads are common on the Mornington Peninsula with black snakes around Frankston and eastern browns in the Fingal/Boneo area.

Mr Goldsmith said snakes were beginning to become active as the weather warms and soon would be looking for partners. “If you see a snake and want it gone, it is important to remember that trying to kill it, or catch it yourself, is very dangerous and also illegal if you don’t have the proper permit,” he said.

“If a snake is in your house close the door to the room it is in and run a damp towel along the crack at the bottom of the door so it can’t escape.

“Ideally, if you want the snake catcher to do his or her job, you need to keep sight of the snake or at least watch where it goes.”

He said snakes were protected by law, so killing a snake in the backyard “just for being a snake” can result in a fine.

Mr Goldsmith said it was wise to limit places where snakes can hide to reduce the chances of attracting them. Also, controlling rodent populations is a good idea: “The smell of rodents can attract a hungry snake,” he said.

“Snakes are scared of us and will try to get away when they see us so don’t approach a snake.

“Give it a wide berth as they do scare easily.”