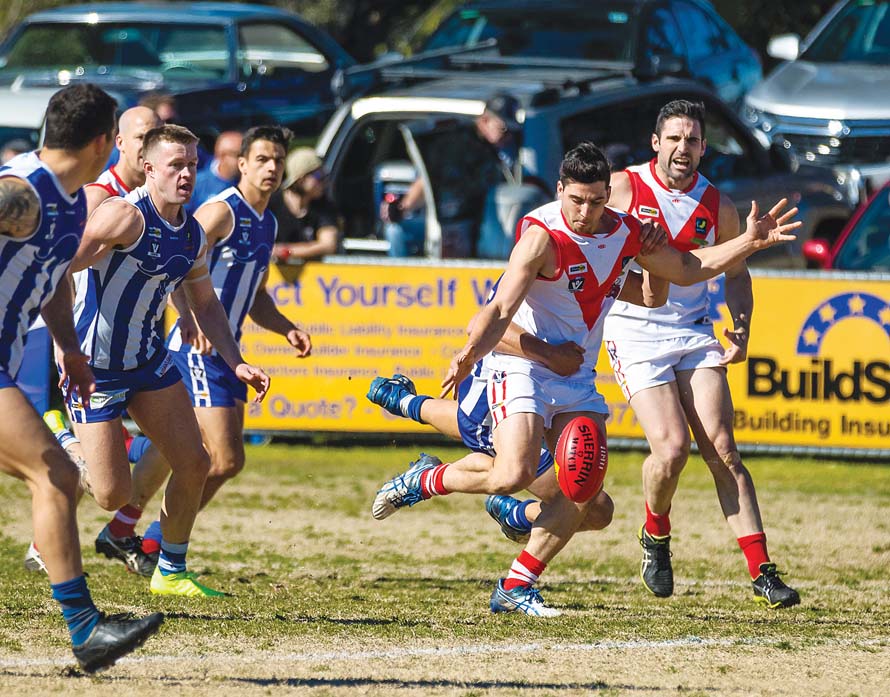 ANOTHER huge performance from star forward Marc Holt has put Karingal in the Grand Final with a win over Langwarrin.

Somerville Recreation Reserve played host to the clash on Saturday. It was a rematch of the qualifying final from two weeks ago, in which Langwarrin were able to get the win.

Karingal came rushing out of the gates with a four goals to zero first term, before the Kangaroos bounced back to close the lead to 12 by half time.

Karingal have Marc Holt to thank for booking their Grand Final spot. The full forward booted nine goals for the afternoon and proved to be the difference. Holt had come into finals with some form troubles, but has since come alive with 20 goals in his last two games.

Karingal will face off against Red Hill in the Grand Final on Saturday. The sides will play at 2.30pm at Skybus Stadium in Frankston. Red Hill will be looking for payback after falling short in last year’s big dance.