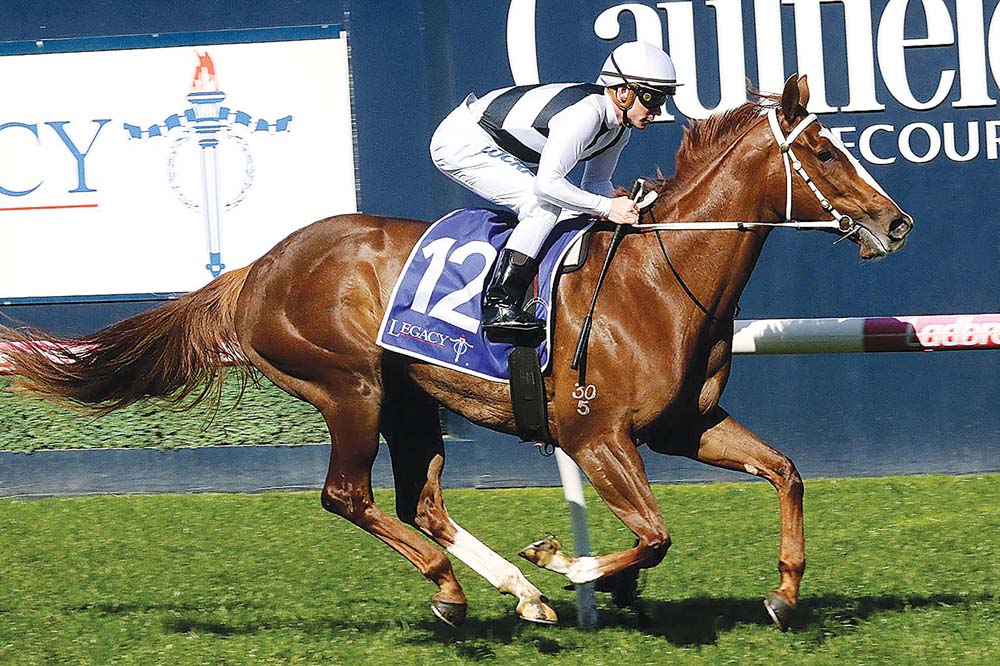 THE John and Chris Meagher-trained mare, Pippie, landed the biggest win of her six-start career with an emphatic victory in the Group Three Cockram Stakes (1200m) at Caulfield on Saturday 31 August.

Under the guidance of jockey Ben Melham, Pippie took up the lead and controlled the race before being asked for her ultimate effort to kick away from her rivals and claim the $160,000 Group Three by one-and-a-half lengths.

The victory was Pippie’s third straight win this preparation having previously won at Doomben and Caulfield, and her fourth win in her short career.

The Mornington-trained mare has always been touted as a potential talent since her debut five-length victory just over a year ago, but Saturday demonstrated that an aim towards a Group One contest isn’t outside of her reach.

“I remember telling Ben [Melham] ‘I don’t know how much is under the hood’ but we are starting to find out,” trainer Chris Meagher said.

“We like to think that she could get to the big Group Ones in time but in three weeks’ time we’ll be back here for the How Now (Stakes) which is also 1200m.”

Pippie ticked off the first step of a near identical path that her Group One winning stablemate Savanna Amour followed on the way to claiming the Cockram/ How Now Stakes double in 2017.

Meagher said a three-week break leading into the Group Three How Now Stakes at Caulfield would do Pippie “the world of good”.

“We don’t have to do much with her in between races,” he said. “She can become light quite quickly but in saying that she is 15 kgs up from what she was last year so she has definitely matured.”

Pippie will stick to the sprinting distances and make best use of her blistering speed until Meagher starts to think otherwise.

“We would love to in time [step out over further distance] but at this stage while she’s just showing sheer speed we’ll leave her at that and when she tells us that she wants to go a bit further we can certainly do that,” he said.