Tigers take out the top prize 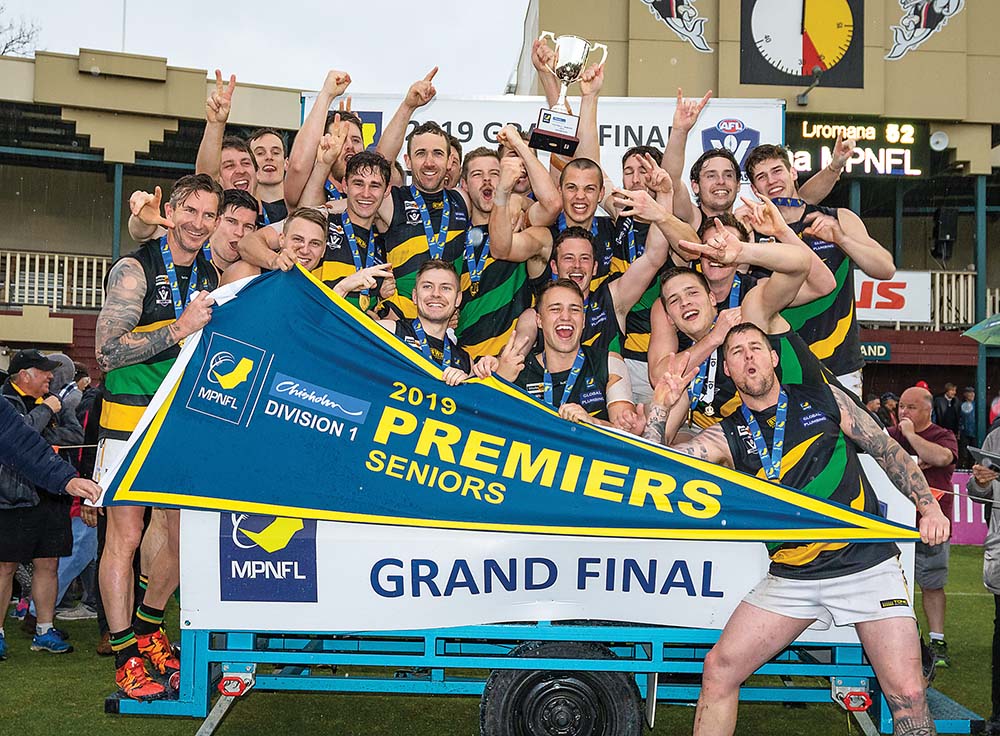 DROMANA have made history by winning the MPNFL Division One and Division Two premierships in consecutive years.

The Tigers travelled to Frankston Park on Sunday to take on powerhouse club Sorrento in a much anticipated Grand Final showdown.

Dromana came into the clash looking to go back to back after their second division triumph last year, and Sorrento were looking for retribution after falling just short in last year’s big dance.

Both sides had to battle through tough conditions throughout the afternoon. Dromana came out narrow leaders after a tense first quarter, and took a one point lead into the second term.

The game opened up a little more after a low scoring opening quarter, as both sides added three goals each to their tally before half time. At the main break Dromana still held onto their one point lead.

The third quarter is often dubbed the premiership quarter, and Dromana were determined to make the most of it. A three goals to zero third term put the Tigers in the box seat. They went into the last quarter with a 15 point lead over Sorrento.

Dromana could only add one more goal to their tally before the final siren, but they had done enough to get the win. It was a tense and hard fought battle, but Dromana managed to overcome the Sharks to claim the win 6.9 (45) to 8.4 (52).

Scenes of jubilation followed as the Tigers celebrated back to back premiership wins, this time over a rival team.

Will Guerts was one of Dromana’s best, while three goals from Ben Holmes also helped them get the win. Sam Fowler scored two goals and was also impressive. On a tough day for Sorrento, Chad Harris was their best.

In the Division One reserves, Mt Eliza claimed another Grand Final win. The Redlegs took on Frankston YCW on Sunday, and started on the right foot with a four goals to zero first term.

The Redlegs looked good from the outset, and eventually claimed the premiership with a 10.7 (67) to 6.5 (41) win. The victory secured the Redlegs their sixth consecutive reserves premiership.