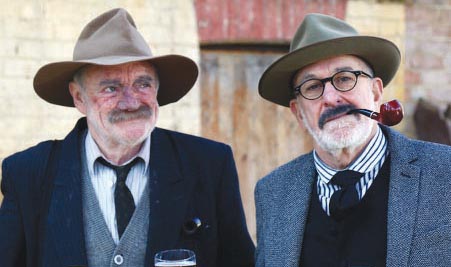 A SHOW telling the story of Henry Lawson and Banjo Paterson will be performed at Cube 37 this month, raising money for the Frankston Hospital.

The performance, titled Dead Men Talking, depicts the friendship between the two Australian writers and features their poetry and songs. The play is written and performed by duo Max Cullen and Warren Fahey, who performed at Pearcedale Hall last year as a fundraiser for the CFA.

The show will play on Tuesday 29 October at Cube 37. There will be two performances, starting at 3pm and 6.30pm.