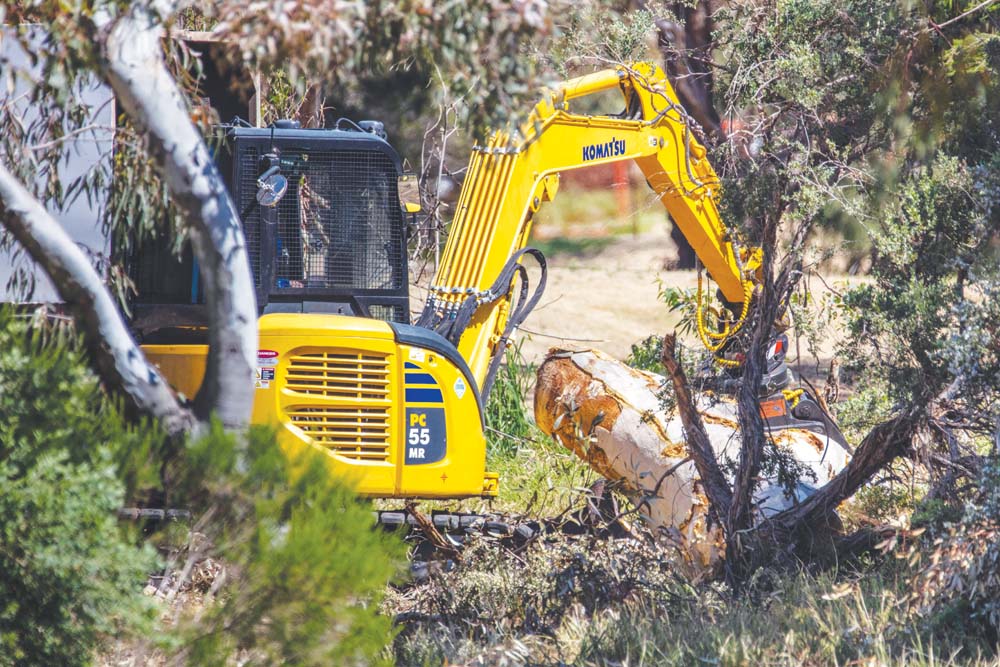 KINGSTON Council officers will inspect the Dingley Village Kingswood golf course site to ensure that the owners are complying with a permit for tree and vegetation removal.

A special council meeting was called on 14 October to discuss the removal of vegetation and trees at the site.

Councillors voted that “in light of the recent moon scaping and destruction of vegetation on the Kingswood Golf Course” they would “instruct officers to inspect the Kingswood site to ensure compliance with the permit including trees and vegetation removal, discover the impact of the use of toxic pesticides particularly given the Kingswood site is in close proximity to residential homes” and “issue any stop work orders if necessary as well as any remediation works orders which may be required.”

“The site presently contains approximately 1,500 trees and council officers have made it very clear that the vegetation on the site requires protection and appropriate approvals are sought prior to any removal,” he said. “As a result, a permit was granted by council officers to remove 36 trees, which require a local law permit to be removed.  A further 8 protected trees were also approved for pruning.”

“Council officers have also visited the site late last week and formally sought an explanation from the land owner’s representative regarding the browning off of significant parts of the site.”

ISPT senior development manager Anna Martiniello told The News that no trees had been removed without permission.

“The arrival of Spring means we are entering the peak growing season for grass and noxious weeds and this needs to be carefully managed. The obligation to manage noxious weeds is a requirement of property owners under the Catchment and Land Protection Act. The areas impacted are already showing signs of re-growth within a matter of weeks.”

The motion approved at council’s 14 October meeting read that “council [will] write to the owners of the former Kingswood Golf Course Site, ISPT and Australian Super, expressing our deep frustration with their decision to de-vegetate sections of the site.”

Cr Steve Staikos said at the meeting that “I have had many members at the Dingley Village community come to me exacerbated by what they’re calling environmental vandalism in the first order.”

“Trust is not easily earned, but it is easily broken, and on this occasion I think we have a prime example of broken trust that is going to take a massive investment of time, energy, and commitment to rebuild the community’s trust. Both on the part of council and for the owners of this site,” he said.

“No one should underestimate the resolve, the commitment, and the fortitude of the activists in Dingley Village who care deeply about the future of this site. The Dingley Village Community Association and Save Kingswood Group in particular are very well supported, 8,000 submissions to the planning scheme amendment prove that.”

The 54-hectare Kingswood site was purchased for $125 million in 2014. The developer’s plan to subdivide the land and build a little under 800 residential dwellings was knocked back by Kingston Council in October last year. The final say ultimately comes down to the planning minister.