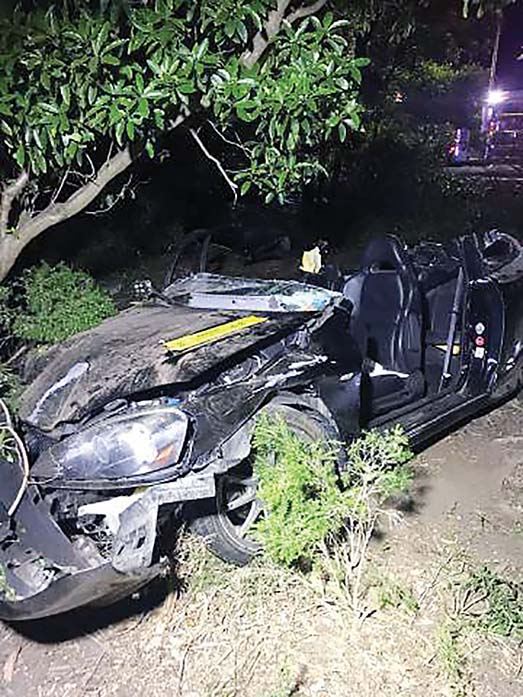 Police are appealing for witnesses to a car crash in Frankston South last night.

Police received reports two cars were travelling north along-side each other prior to one of the cars crashing into a tree on Frankston-Flinders Road about 7.45pm.

The sole occupant of a black Honda was entrapped in the car and had to be extracted by emergency services before being taken to hospital with non-life threatening injuries.

The driver, a 20-year-old Frankston South man, is yet to be spoken to by police.

The sole occupant of the second car, a black Subaru Forrester, was interviewed by police at the scene.

A 20-year-old Frankston South man is expected to be charged on summons with engage in a street race and other traffic offences.

Anyone who witnessed the crash or the Black Honda and black Subaru prior to the crash or anyone with dash cam footage is urged to contact Crime Stoppers on 1800 333 000 or make a confidential report at www.crimestoppersvic.com.au