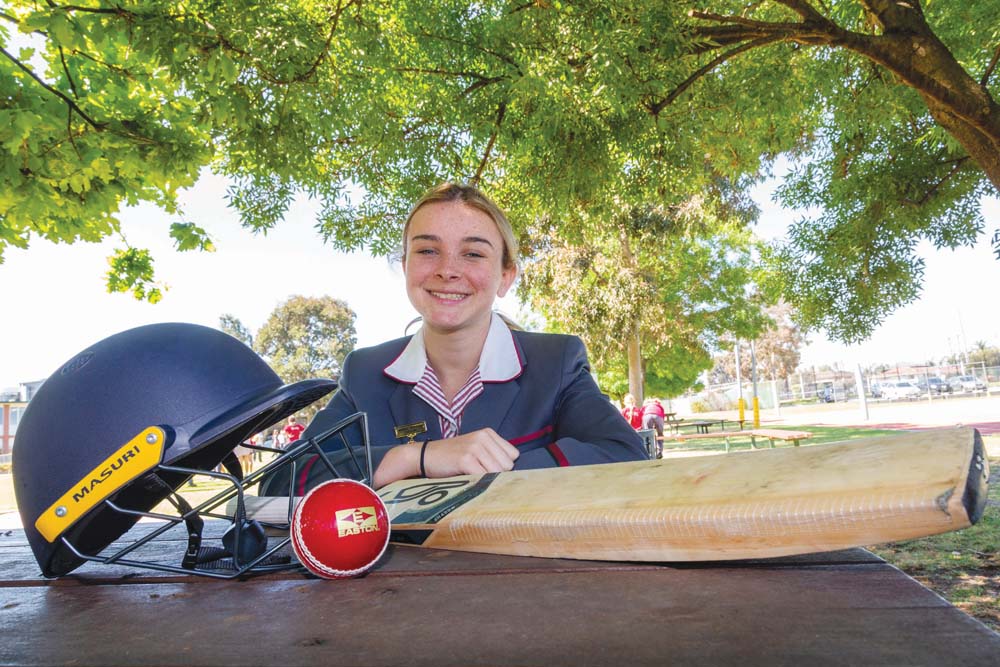 A MENTONE student is set to go in to bat for her country next year.

Year 9 student Erin Carroll, middle school co-captain at Kilbreda College, has been selected for the Australian side in the under 18 national cricket championships.

Carroll is set to represent Australia at the competition in Hobart and Launceston. The tournament, played in January, will consist of both 50 over and 20/20 games.

Carroll attended a high performance camp in Brisbane during the September holidays, where she caught the notice of selectors. She attended the camp after performing well for Victoria in the under 15 national championships.

The left arm pace bowler impressed, and is now set to take her talents to the national stage. The first game of the under 18s tournament will be played on 13 January.