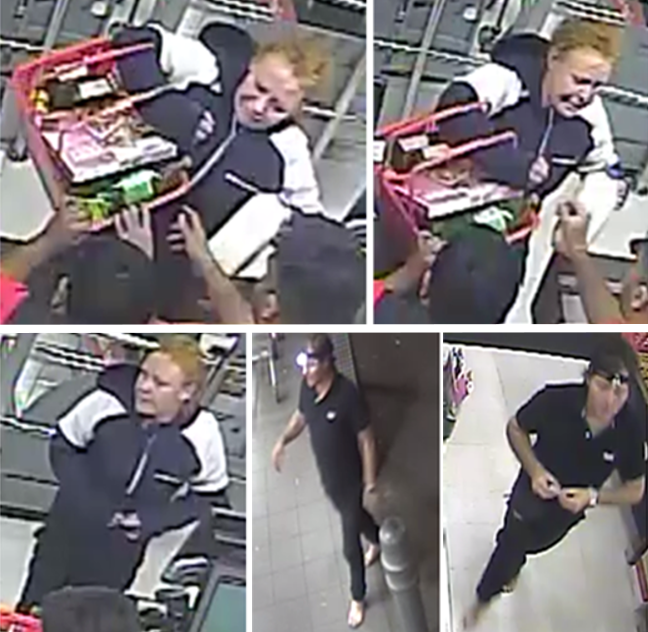 Kingston Crime Investigation Unit detectives are investigating a theft and subsequent use of a stolen credit card in Parkdale last month.

Investigators have been told a bag of clothing and a wallet was stolen from an apartment on Parkers Road in Parkdale between 7am – 4.30pm on 29 October.

The bank card was then used at a supermarket in Glenferrie at 11.55pm by an unknown woman in the company of a man.

Both offenders have also stolen mobile phones from the supermarket.

The female is described as aged in her 20s with red hair, solid build and was wearing a purple and white hooded top.

The man is described as aged in his 20s or 30s, dark hair, medium build and was wearing black pants and polo shirt, a headlamp and had no shoes on.

Detectives have released images of a man and woman they believe may be able to assist with their enquiries.

Anyone with information is urged to contact Crime Stoppers on 1800 333 000 or submit a confidential report online at www.crimestoppersvic.com.au