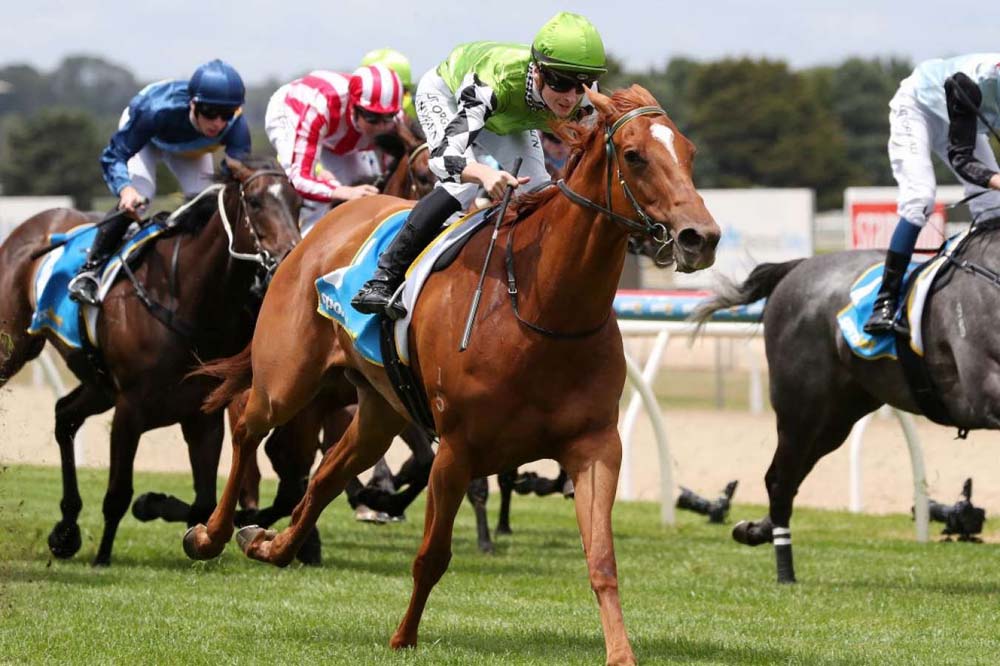 The talented four-year-old daughter of Dawn Approach was looking to make amends after being held up at her previous start at Flemington.

Ridden by two kilogram claiming apprentice jockey, Teo Nugent, the speedster drifted to the rear of the field and rounded the corner in last position before letting down strongly in the straight.

Storming down the centre of the track, Tahitian Dancer quickly ran past her rivals before being eased down near the post to score a decisive two-length victory over the Robbie Laing-trained Tatiara and the former New Zealander, She’s A Thief.

Trainer Shane Nichols rated her win as potentially the best yet.

“I thought from where she was in the run it was unbelievable,” Nichols said.

“I reckon it would have to be her peak performance so far in her career and that’s included a Stakes placing as well.”

The dominant victory bought up the mares fourth win from her 15 career starts, and her second win this preparation. Her total prize money now sits at $230,000.

Since her run, Nichols said she has a looked a treat and has come through her run in terrific order.

Tahitian Dancer will head towards a Stakes race in Brisbane in December before being aimed at the 1300m Fillies and Mares Magic Millions race on the Gold Coast in January.