Diamond shines in the wet 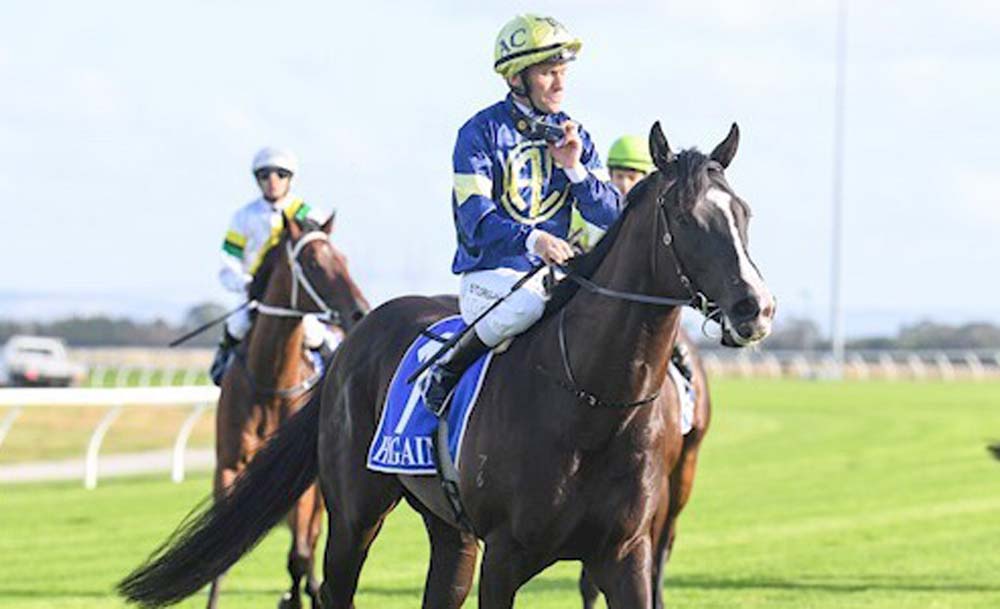 Following on from Western Wingo’s maiden victory at Ararat earlier in the day, Aeecee Diamond relished the wet conditions and scored a tough victory to break his maiden at the Pakenham night meeting.

Bringing up the stables 16th winner from their past 50 runners, the three-year-old gelding by Fighting Sun was forced to do it the hard way by racing three-wide the entire trip after drawing a wide barrier.

Freedman’s racing manager Brad Taylor said he was pleased to see the track receive a bit of rain.

“The soft track was never going to be a concern,” he said.

“Months ago (Aeecee Diamond) worked with a horse called Southbank on a Soft track and left her for dead so if that’s the form line to go off then I thought he was going to be pretty tough to beat in a maiden.”

Southbank had finished third beaten under a length in the Group One Thousand Guineas in the Spring – some form line to compare with a maiden race.

Despite being caught deep in the run, Aeecee Diamond continued to lift over the concluding stages to hold a neck margin over John Price-trained Arfa Crown and the John McArdle-trained Celestial Warrior who finished off well for third.

“It wasn’t a pretty watch,” Taylor said. “The horse was tough, he has a nice amount of ability to sit three wide like he did and to still keep finding on the line was very good.

“The guys that have been riding him at home have always said that he feels like a 1400m to a miler and the way he finished off that looks to be his go.”

“The way he jumped away, if he had of drawn a barrier, he could have box seated but he was very good.,” Currie said. “He got there and had a bit of a look around and when the two (horses) came to his inside I felt him lift again. He definitely wants to get out to seven furlongs and probably beyond.”