The confronting realities of gun violence 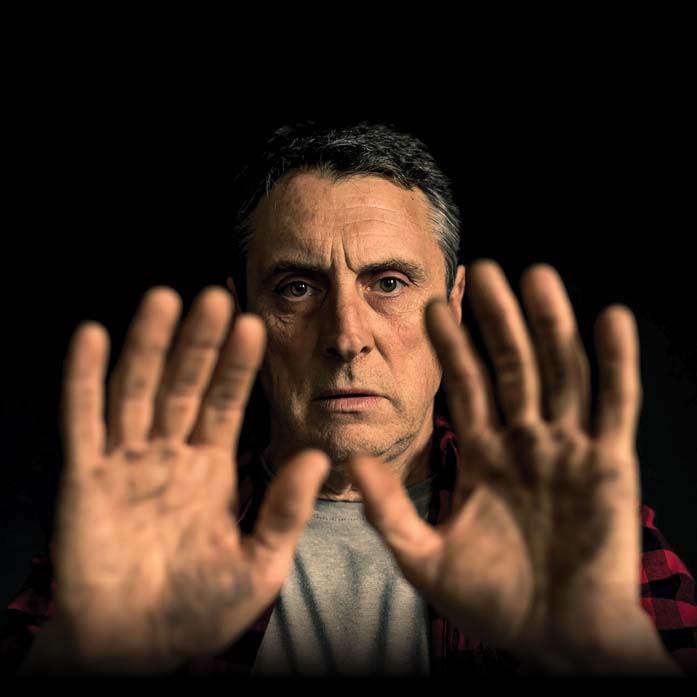 With playwright Mur¬ray-Smith’s characteristically deft wit and compassion American Song makes a difficult topic thoroughly gripping, wryly humorous and deeply moving. “My biggest fear was writing a play that wore its political heart on its sleeve, that proclaimed its allegiances and set the audience on alert. Regardless of my view on guns, I didn’t want to box myself in to an anti-gun identity as a writer, or allow cultural commentators to declare my allegiances in responding to the play.”

Told through a single character – Andy – an ordinary man who is led to places he never imagined, thanks to unforeseen events. Andy’s experience is common to many of us; the slow accumulation of a good life: love, work, friendship, family. As he heads off to work to give the biggest presentation of his career, he wishes his teenage son Robbie goodbye. Eight hours later, everything has changed.

A profound tour-de-force for one actor, performed by Red Stitch ensemble member Joe Petruzzi, American Song asks: What could I have done differently? Can we ever know the moment when a good life turns irredeemably wrong?

American Song was first produced in the US to great acclaim in 2016, with its acclaimed Australian premiere at Red Stitch Theatre in October 2017.