Shire wants to get tougher on jet ski hoons 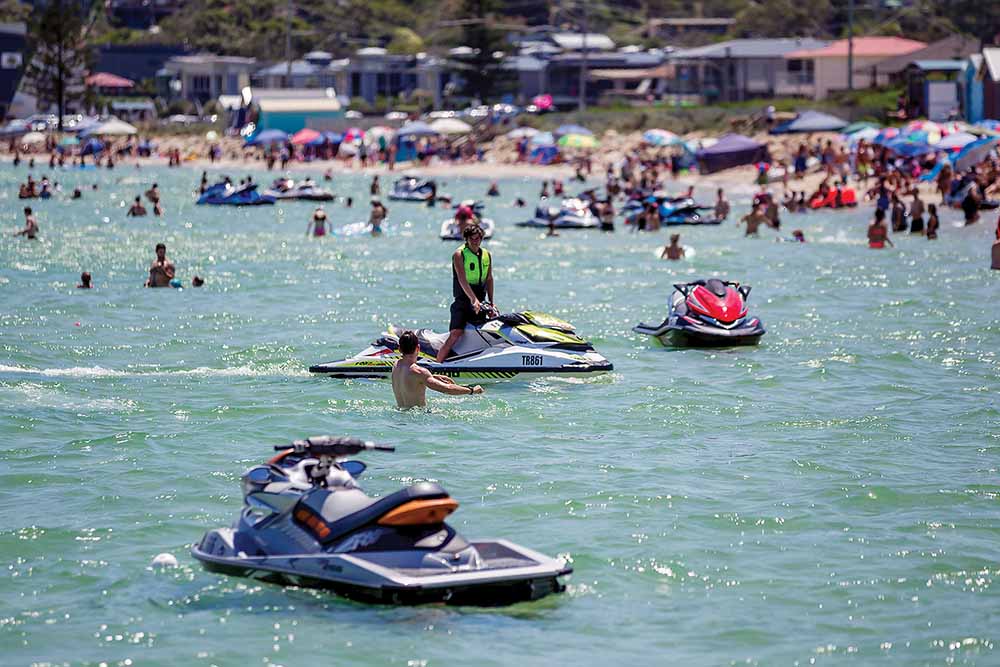 The shire officers this year have the power to collect evidence that can lead to prosecutions, but must be content with issuing verbal warnings and not infringement notices.

The mayor Cr Sam Hearn said the shire would continue lobbying for its officers to be able to book hooning jet ski riders.

The shire will also continue its campaign for safe swimming areas, where jet skis are banned.

Cr Hearn told The Times that jet skis should be kept closer to launching ramps, away from swimmers.

Local laws officers are now restricted to “speaking to and educating the public, surveillance and gathering evidence”.

The evidence of jet skis breaking the rules – including photographs and jet ski registration numbers – is handed over to Marine Safety Victoria (MSV), which then decides whether to issue infringement notices.

Cr Hearn said the MSV “actually prosecutes and fines” jet ski riders for breaking the rules “so it’s not as though they’re getting off”.

“Next summer, I hope we can gather evidence and deliver fines,” he said. “At the moment the system [of gathering evidence and prosecution] is shared between two agencies.

“I would still like to see a more simple zoning area to separate swimmers and jet skis.”

The shire’s acting manager environment protection Katie McKenzie said officers would enforce compliance within the five-knot zone – usually within 200-metres of shore – or 500-metres from shore along the coastline from Safety Beach to Portsea (“Words of warning for jet ski hoons” The Times, 3/2/20).

These are the areas where jet ski riders come into most contact with swimmers and paddle boarders.

Ms McKenzie said as well as shire officers “patrolling beaches watching out for speeding and erratic operation of jet skis, they will also be encouraging good behaviour on our heavily used beaches: after all, summer is for everyone”.