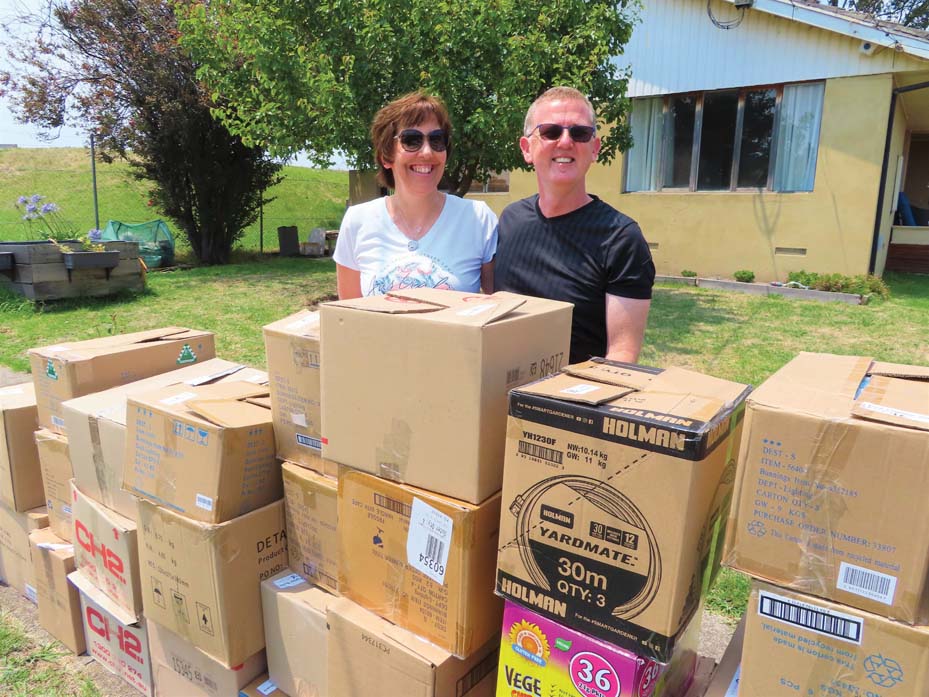 A GROUP of Mentone volunteers have helped organise the donation of over 12,000 “snack packs” to firefighters who were tackling blazes in East Gippsland.

Caroline and Andy Bosworth have teamed up with more than 100 volunteers to put together the donation. Over 500 individual donations were made.

Bags of chips, muesli bars, lollies, and juice boxes were among  the donations that were made from throughout the Frankston, Kingston, and Bayside areas.

“The response has been so overwhelmingly positive,” Ms Bosworth said.

“Within hours of each donation call out, donations both large and small started to appear at my door, the response has been amazing”.

The packs were also accompanied by letters written by local children thanking firefighters for their work.

“The letters from the children are so precious and I hope they bring a smile to those emergency services workers who receive them,” Ms Bosworth said.