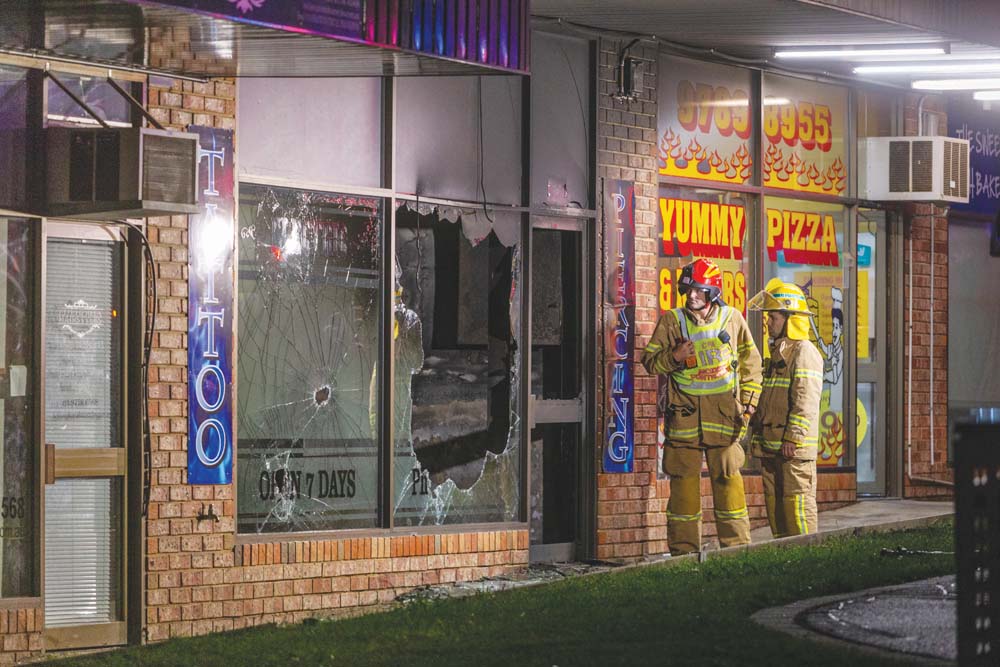 AN attack on a Frankston tattoo parlour is being investigated by police.

At around 12:45am, 20 February, the parlour on Shaxton Circle was “targeted” by an attack, police say. A fire at the premises broke out and caused extensive damage to the building.

Nobody was inside the tattoo parlour at the time of the incident. The parlour was attacked from the front entry point.

As of 25 February, no arrests have been made.

A dark coloured sedan was seen in the vicinity of the fire at the time of the incident.

Frankston Crime Investigation Unit detectives are appealing for anyone with information to come forward. Contact Crime Stoppers at 1800 333 000.