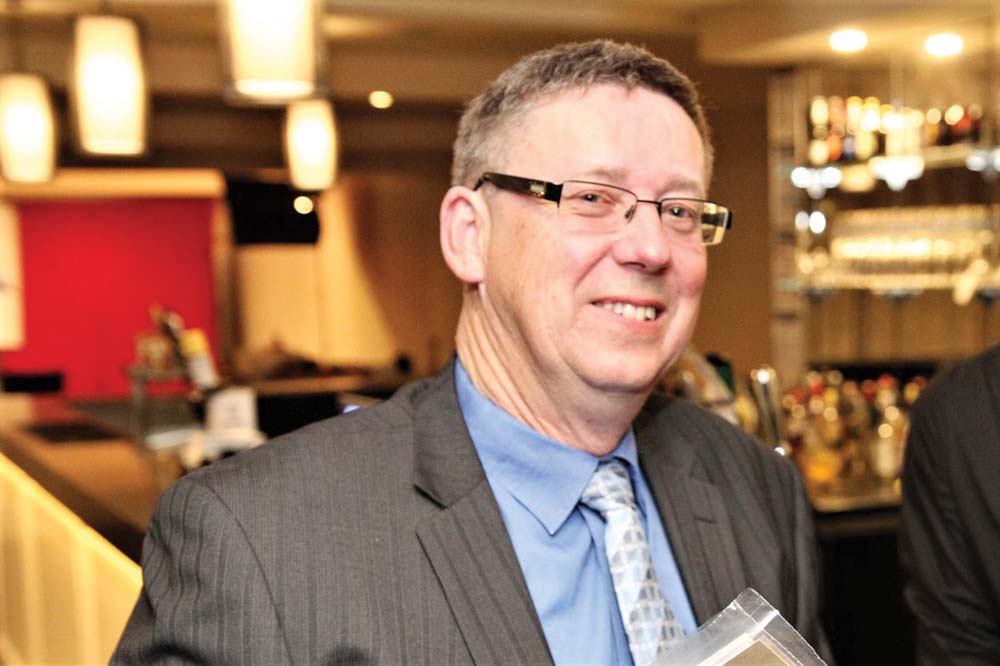 MICHAEL Woodward is one of the “invisible men” of local soccer.

There are committee members at some clubs who have never heard of him but that’s more a reflection of how football is structured in Victoria than of the man himself.

In a wide-ranging interview Football Victoria’s southern zone representative has chosen to share his personal views on the sports’ governance, clubs’ focus on their senior teams, the high cost of player fees especially at NPL junior level and what the prospects are for restarting the 2020 season.

Woodward, 59, has a son and daughter that both played soccer and he has held administrative positions in the sport with Frankston Strikers, Peninsula junior soccer club, Peninsula Strikers and Southern United.

He has represented clubs in FV’s southern zone for over six years.

“As a result of the Crawford Report (2003) we moved at state level from a system of club voting weighted in favour of premier league clubs to a zone and standing committee system,” Woodward said.

That restructure was supposed to democratise the sport by the enfranchising of groups not previously represented – for example, referees and female players – but it now means that 24 zone representatives and four standing committee chairpersons are the only people empowered to vote come FV board elections.

“A group of us have been pushing for a big review of FV’s constitution and the current (governance) structure with a view to making the constitution fairer and giving people more input,” Woodward said.

“At the same time we need to get more clubs to vote under the present system as currently very few of them even bother to vote for zone reps.”

Woodward’s role is to act as a bridge between FV and its member clubs but he’s rarely used as clubs prefer to deal with FV directly.

“It’s the sort of job where you often take one step forward then four steps backward.

“When you have no power to make changes it is very, very frustrating.

“What’s been put in place recently regarding a women’s VPL and the NPL junior structure are things we recommended to the federation almost seven years ago and for four years now we’ve been pushing for constitutional change.

“We keep getting told that nothing can be done until the situation is sorted out at FFA level but we say no, that’s not the case.

“We say to FV all you need to do is get permission from FFA to change your constitution and they won’t withhold permission without reason because FV is a separate incorporated body.”

Outgoing FFA technical director Rob Sherman has been calling for a major structural overhaul of Australian soccer involving a disbandment of state and territory federations and their replacement with regional offices of the national body.

His pleas fell on deaf ears prompting his departure but he has an ally in Woodward.

“Federations have become involved in areas they should have nothing to do with. They should be regional offices concentrating on running competitions.

“The NPL is an example of why there should be one centralised body because FFA brought out the NPL system then each state changed it to suit themselves.

“The more you look at it the more you realise they should just get rid of state federations.

“Just look at the money involved.

“Each federation has a CEO, a CFO … the list goes on and on.

“Everyone says there’s not much money in soccer well there’s heaps of money in the sport.

“It’s just that it’s spent wrongly whether it’s on a State 5 player getting $300 or $400 a game or half a dozen CEOs getting a million dollars.

“It’s all wasted money that could be used on facilities development for example.”

Another of Woodward’s bugbears involves the issue of child safety.

It’s much more than employment screening and involves players, coaches, parents and administrators playing a part in embedding various aspects of child safety into a club’s culture.

“I’ve been pushing this for years but it’s only now that we’re starting to get our head around it.

“You have to set up info sessions for everyone involved if you are to make a serious impact on a club’s culture in this regard.”

The child safety issue is among a number of subjects and policy settings that Woodward believes is best handled by one national organisation.

“Why shouldn’t there be consistency throughout Australian soccer in areas such as inclusion, growth, child safety etcetera?”

He also has a firm view of what clubs should focus on when measuring success.

“One of my biggest gripes about the sport is that the success of a club is measured by what level its senior team plays and that shouldn’t be the case.

“There is so much more to the sport than just senior team football.”

According to Woodward the focus on a club’s senior team is linked to one of the hot topics in Victorian soccer – player fees, especially at junior NPL level.

“One of the pillars of the creation of a junior NPL system was to reduce player fees and clearly that hasn’t worked.

“So where did we go wrong? Well it’s not just the cost of NPL licence fees.

“One of the problems is that the criteria has been written in such a way that people can ask a fortune to be your TD (technical director), coach etcetera and TDs especially at NPL level are not being used properly.

“They should be spending time in community football too given that at junior NPL level they only have four teams to look after.

“If they helped raise standards at community level among what you might call your feeder clubs then we wouldn’t have to waste time and money dealing with so many basics once kids come into the NPL system.

“And there’s another aspect to this. No matter what they say, no matter what club, to a certain extent junior fees go towards senior player match payments.

“I know a bit about costs and you can work it out.

“If you have the maximum amount of mini roos and junior NPL players then you could bring around half a million dollars into your club and you can’t tell me that these programs cost half a million to run.

“If a federation was serious about controlling costs then it would make clubs justify the costs.”

Woodward also is critical of FV’s planning given that the 2020 season is currently officially suspended until 31 May and waiting on FFA approval to restart.

Last week the state federation’s competitions department emailed clubs saying that it is “currently working through a range of scenarios to ensure football is played again in season 2020 when the opportunity presents.”

The email asked clubs to inform FV of ground availability and the possibility of extending the season into summer, a strategy employed by the state body in Queensland among others.

“My initial take on it is that all this sort of information should already be known and they should have been doing something about this a long time before now,” Woodward said.

“My gut feeling is that if they get the season going it’s going to be very late and very short.

“I don’t think there will be long enough to run a proper and fair competition.

“There are a few issues to consider and ground availability is pivotal in all of this.

“As you know lots of clubs ground share and the word out of Cricket Victoria is that they’re not going to budge so it’ll be interesting to see what impact that has.

“But it’s not just about facilities it’s also about player availability given that so many juniors for example also play summer sports.

“Then there’s an issue about visa players and players from interstate and I know that’s one of the discussions that’s happening at senior NPL level right now and how that might skew the competition and advantage some clubs and disadvantage others.

“There’s a lot to consider before we’re up and running again and people need to bear that in mind.”

But before you think that Woodward’s FV role has simply spawned criticism of how the sport is run there’s a definite upside to it.

“We work hard at what we do but lifelong friendships are formed out of being involved in this way and that’s the really positive and rewarding aspect of it.

“It’s something that means a lot to me.”