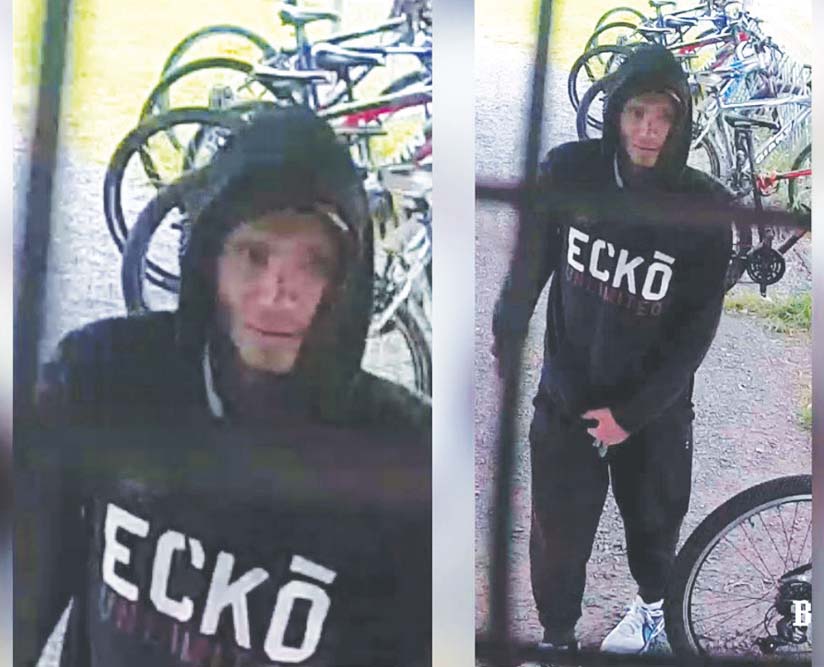 POLICE are investigating a bike theft that occurred in Cheltenham last month.

Police believe that the offender stole two bicycles from Cheltenham Secondary School, around 10.20am Monday 23 March. The suspect jumped the school fence to gain access to the school before walking into the unlocked bicycle cage.

The man rode one bicycle away and pulled a second one beside him.

Police describe the offender as “of slim build, wearing a black tracksuit with a hoodie bearing the logo ECKO, white sneakers with light blue trim”. An image of a man (above) police wish to speak to has been released.

Anyone with information is urged to contact Crime Stoppers on 1800 333 000 or submit a confidential report at www.crimestoppersvic.com.au