Guard hit and employee spat on 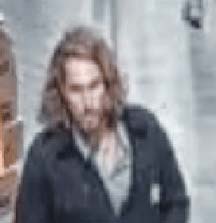 A THEFT and assault in Oakleigh South are being investigated.

Just after 3pm, 29 March, two men entered a shop on Centre Road. They were approached by security guards after they were allegedly spotted putting spray paint cans inside their clothing.

The two men attempted to run away but were caught outside the door by security. While attempting to get the details of the two men, one of the guards was allegedly punched in the head, while the other was chased into the store.

Inside the store, the two men allegedly began throwing stock around, and spat in the eye of an employee.

The two alleged offenders left the store in a vehicle.

A 31-year-old St Kilda man has been  arrested and charged, but a second man is yet to be arrested. Police describe the outstanding offender as “aged approximately 30-years-old, 183cm tall, slim build, shoulder length brown hair and facial stubble.” An image of a man (pictured) they believe may be able to assist with their enquiries has been released.

Anyone with information about the incident or who may recognise the man is urged to contact Crime Stoppers on 1800 333 000 or submit a confidential report online at www.crimestoppersvic.com.au

First published in the Chelsea Mordialloc Mentone News – 6 May 2020