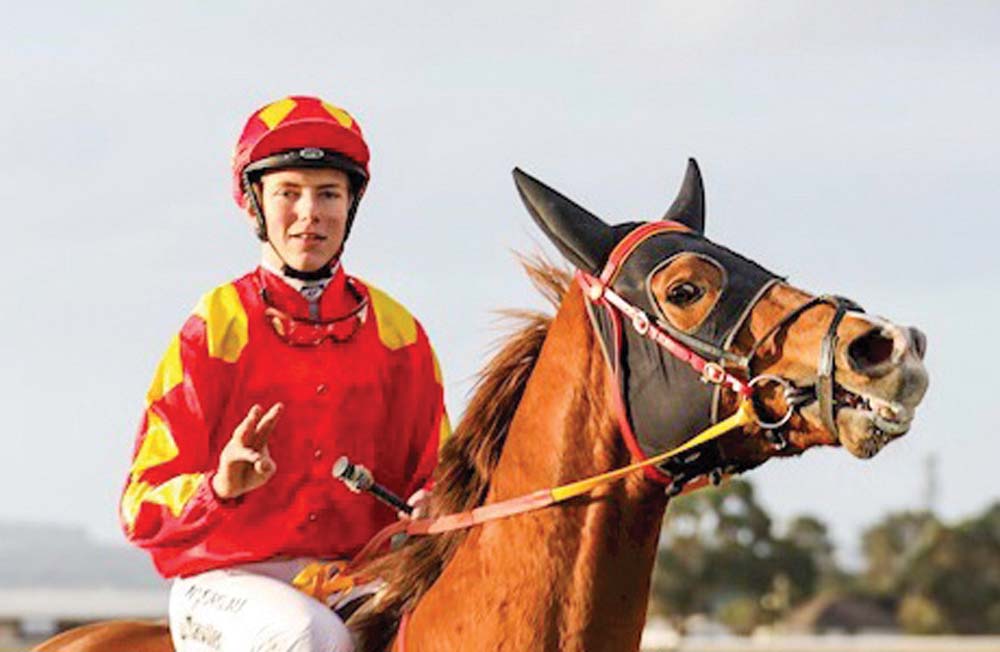 MORNINGTON-based apprentice jockey, Campbell Rawiller, has made a flying start to May by riding two trebles within a week of each other.

The 19-year-old hoop landed his first treble at Bairnsdale on Sunday 3 May before booting home a second treble five days later at Wangaratta on Friday 8 May.

Rawiller started with a bang at Bairnsdale, kicking home a winner in the third race for his boss Logan McGill. Rawiller sat just off the leader before pouncing around the bend and kicking clear in the straight for a comfortable 5-length maiden victory aboard the lightly raced Beguilement ($).

After two more rides, one of which he finished a close second in, Rawiller returned to the winner’s stall in the sixth race of the day. Gaining the ride on the Matthew Brown-trained Barossa Kiss ($), Rawiller came from off-midfield before rounding up his rivals and holding on to score a short-head victory.

Rawiller secured the winning treble aboard another one of his boss’ horses, He Can Star ($), in the eighth race of the day. Striding freely, Rawiller allowed He Can Star to cruise out in front before kicking clear in the straight to score a dominant 5.5-length victory. The win also topped off a solid day for the McGill stable who saddled up two winners and a second from their three runners.

It didn’t take long for Rawiller to notch up yet another treble, as five days later he booted home another three winners at Wangaratta.

Rawiller kicked off his day with a victory aboard the Shaun Dwyer-trained Punk Princess ($) in the opening race. Ridden with intent, Punk Princess sat up in the leading three before Rawiller dug deep to get the most out of the filly in the final 100m.

Rawiller made it a running double as he got the Brian McGrath-trained outsider, Rajpipla ($41), home in the second race on the card. It was a quality steer having come from the back before cutting the corner and weaving his way through the field to score a three-quarter length victory.

He then placed aboard another one of Brian McGrath’s runners, Peace Lily, in the third race before notching up the treble in the fourth race of the day aboard the Sean Mott-trained In Her Honour ($).

He settled outside the leader in the 2000m event and finished off solidly in the straight to hold off the late charge from Logan McGill’s Von Mystic, which was ridden by his uncle, Brad Rawiller.

Rawiller’s record now sits at 51 winners and 95 placings from his 457 rides, with his last 35 rides returning a winning strike-rate of 20%.