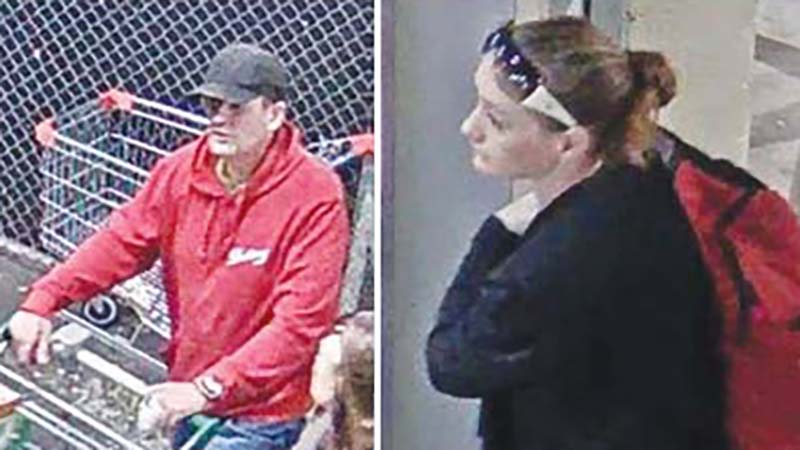 POLICE are looking for a man and woman they believe were involved in an attempted theft from a car in Frankston last month.

Around 7.45pm, 21 April, the window of a Silver Hyundai i20 parked on Beach Street was smashed, and offenders gained access to the car.

Police drove past the car shortly after the window was smashed, and nothing was stolen.

Images of two people (pictured) that police wish to speak to have been released. Information to Frankston Police Station on 9784 5555 or Crime Stoppers on 1800 333 000.