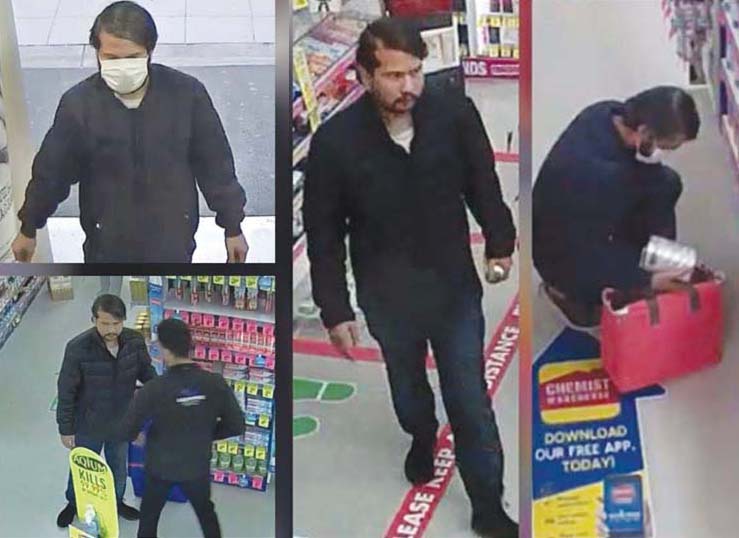 A MAN who stole baby formula from a Moorabbin pharmacy is wanted by police.

At around 5pm, 18 April, the man entered the Nepean Highway pharmacy. He took three tins of baby formula and left without attempting to pay.

On 2 May the man entered the store again, and put two containers of multivitamins in his pockets. The security gate sounded as he tried to leave, and security confronted the man.

The man returned one bottle of vitamins to the guard, but left with the other.

Police describe the man as “being 30 to 40 years old with black hair, black neat facial hair and is slim to medium build.” Investigators have released an image of a man (above) who they believe may be able to assist with enquiries.

First published in the Chelsea Mordialloc Mentone News – 27 May 2020