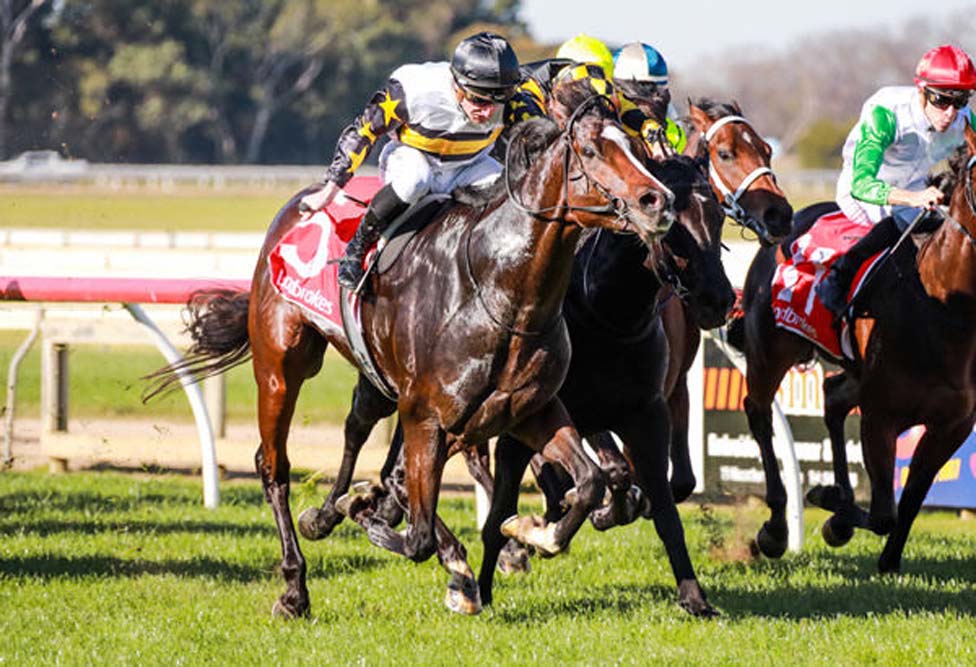 MORNINGTON-based trainer John McArdle has hit a purple patch of form with three of his up-and-coming two-year-old’s breaking their maidens on debut in the past fortnight.

Sure Am Invincible, Twain’s Express and So Let’s Toast all came through the same jumpout (Heat 4) at Mornington on Wednesday 27 May before going on to score victories at their respective debuts.

In the 1000m jumpout, it was Sure Am Invincible who showed the early toe to lead the heat before her stablemates So Let’s Toast (first) and Twain’s Express (second) swept past the field to runaway with the clear fastest 1000m heat of the morning (1.05.42).

The I Am Invincible filly, Sure Am Invincible, was the first of the three to get to the races and got the ball rolling for the stable at Donald on Friday 5 June. The gutsy filly sat just behind the speed before knuckling down late in the straight to score a narrow win over the 1000m.

The Helmet filly, Twain’s Express, backed up her stablemates win three days later, with a strong performance at her home track of Mornington under jockey Jamie Mott – who had also steered Sure Am Invincible to her debut victory. Twain’s Express also sat in behind the speed before pulling out in the straight to score a comfortable win over the Jason Warren-trained Confrontational and the Matt Laurie-trained Wunambal.

Finally, the striking So You Think colt, So Let’s Toast, ran home strongly from the rear of the field to land a decisive win at Sale on Wednesday 10 June. He found plenty in the run home despite looking to do a few things wrong over the 1100m trip.

The stable look to have some confidence around their juvenile’s ability with talks of possible Spring targets being floated.

Stable representative Brady McArdle said the final victor So Let’s Toast may have one more run before being sent out to the paddock in preparation for a spring return.

“We think he’s got spring potential, but we don’t want to push him too far,” McArdle said.

“If he pulls up great, we’ll give him another one and then tip him out, but if he shows any signs, we’ll just wait.”