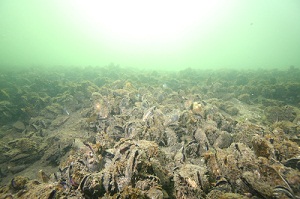 OVER $1 million will be spent to build a native oyster reef in Port Phillip Bay.

The state government and The Nature Conservancy will team up on the project, which will see three hectares of oyster reef built. Taxpayers will chip in $500,000.

“The partnership will more than double the area of restored oyster reef in the bay from 2.5 to 5.5 hectares by installing the equivalent of twelve 250m2 shellfish reefs with five million oysters across three sites, including continued restoration of reefs near St Kilda,” she said.

“A new restoration technique not attempted before in Australia will be trialled at 9ft Bank, which is a degraded shellfish reef and the closest The Nature Conservancy has found to a surviving reef in Victoria. The technique involves deploying at least 500m2 of recycled shells from restaurants and the seafood industry to provide new substrate on the seafloor for remnant oysters in the area to colonise.

“This will reduce organic waste to landfill by turning rubbish into new reefs. The project will also utilise 50 citizen scientists to help monitor the new reefs, assist with hatchery preparations and deliver community education to improve awareness.”

Nepean MP Chris Brayne said “the prospect of a new reef off the side of the bay is incredibly exciting and a win for local fishers and the environment.”