Frost warms up with metro winner 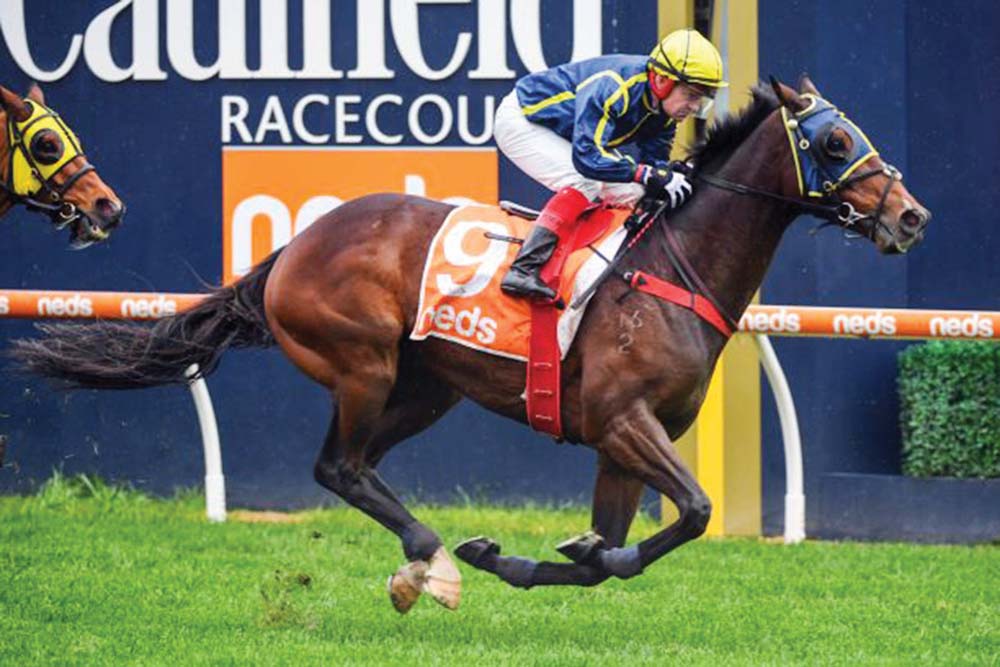 IT’S been just over a year since her last winner, but Mornington-based trainer Rachael Frost was back with a bang on Saturday 11 July breaking through for a comfortable victory at Caulfield.

The former New Zealander saddled up her highest rated runner, Travimyfriend (88 rating), in the $100,000 Handicap race and finally got all the conditions to suit her seven-year-old gelding.

Having been up against the race shape and pattern at his past three starts, Travimyfriend finally drew a gate (barrier 2) and had the soft conditions to suit on Saturday.

The son of Tavistock was given a perfect steer from jockey Dean Yendall and pounced on the opportunity to run away for a one-and-a-half length victory over the Nick Ryan-trained Battle Torque.

Trainer Rachael Frost, who also rides Travimyfriend in all of his work, was ecstatic to see the hard work pay off and land another metropolitan victory with the gutsy gelding.

“It’s not through the lack of trying,” Frost said.

“Flemington was a bit of a disaster and then last start he went good here. We probably just rode him wrong.

“I’ve had him for his whole life since he was a yearling. He’s Group One placed in New Zealand and stakes placed here, too. Hopefully now that he’s got the form, he’ll hold it – he’s pretty good at that. He just keeps going.”

Frost said it normally takes a few runs to get the gelding up and going but he really relishes being in work.

“He might get ten days off every now and again,” she said. “But he’d rather be in work than in the paddock.”

With the victory on Saturday, Travimyfriend took his earnings to $357,164 in prizemoney and brought up his ninth top-three finish since moving to Mornington.