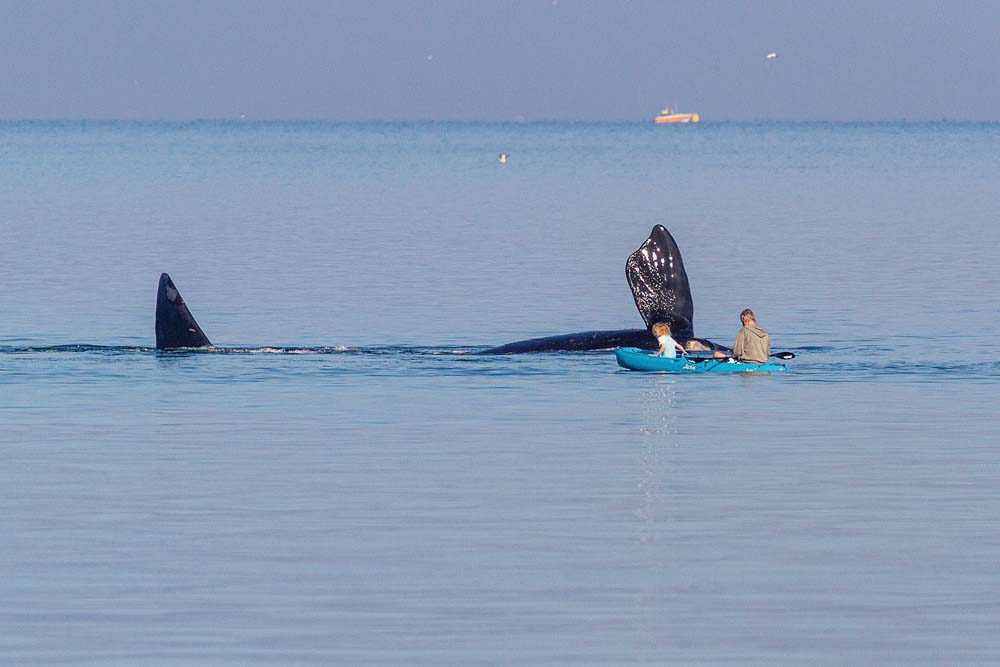 A WHALE relaxing in the water at Aspendale beach last week attracted a small crowd of curious onlookers.

Victoria’s Conservation Regulator states that recreational boaters must remain 200 metres from whales, while “high impact vessels” like jet skis must remain 300 metres away. Swimmers are not allowed within 50 metres of a whale.

Conservation Regulator program manager Paul Hutcheson said “we recognise people are interested in seeing these magnificent marine creatures up close, but the minimum approach distances are in place to ensure the safety of both you and the animal.”

“Harassing marine mammals causes distress and for them to feel threatened. This can lead to unpredictable behaviour which may cause people harm. We know that whales passing through the bay at this time are often with their calves, so are particularly vulnerable,” he said.