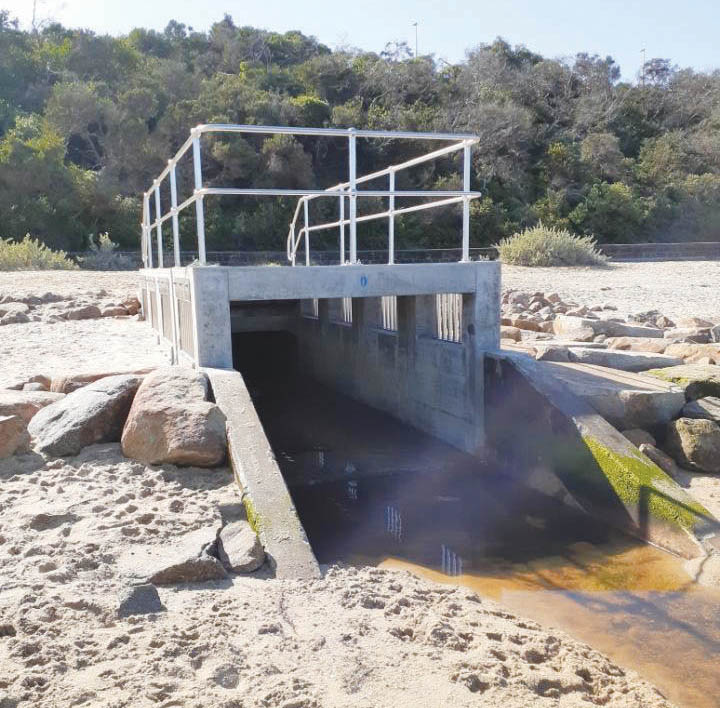 TEMPORARY parawebbing has been installed at a drain on the beach in Mentone, which has been labelled as dangerous by concerned residents.

Works to refurbish the drain were completed last month. Kingston councillor Geoff Gledhill was among those who voiced their concerns with the new design (“Drain changes dangerous”, The News, 19/8/20).