All Hail the Mono King 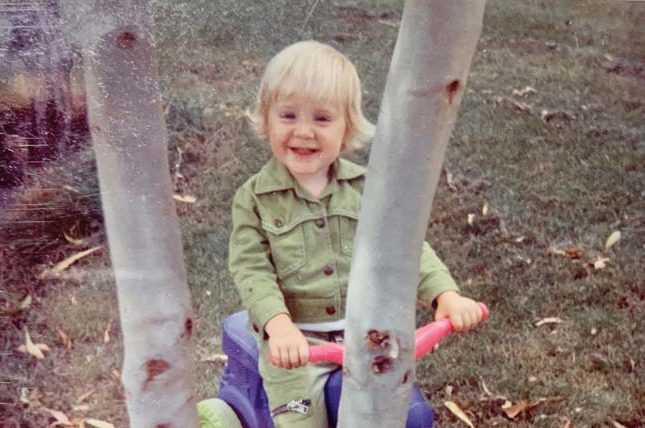 IT was nothing short magnificent. Like seeing a shark leap out of the ocean or a lion run down a gazelle in slow motion – here was one of nature’s miracles before my very eyes. My mouth was wide open in wonder, not that anyone could tell. (If there’s an advantage to having to wear a face mask, it’s that no one knows when your mouth is hanging open.) I pointed. I shouted. I did all I could to draw attention to this glorious vision. But no one seemed to notice, much less care. Turns out I’m the only one who respects the art of the mono.

For those unfamiliar with the term, a ‘mono’ refers to the act of riding a two-wheeled bicycle on one wheel. It’s derived from the Latin term ‘monocytus’; coined when Gaius Appuleius Diocles took a tight corner at the hippodrome and one of the wheels of his chariot lifted off the ground. In the modern age, a mono is something you ‘pull’ on a bike, now that chariots are in notoriously short supply. There are some who claim a unicycle is a permanent mono but those heretics are missing the point. Give me two wheels, only one of which is on terra firma. That’s a mono.

There’s a path that runs along the eastern side of the oval. It was there I spotted him. Long-haired and slouching like a bag of potatoes, he was oblivious to the fact that he was about to make history. Without warning, he pulled up the front wheel of his bike into the ‘mono’ position and rode. And rode. And kept riding the entire length of the oval. It was, without fear of exaggeration, the longest mono I’ve ever seen. Having pulled a few monos myself, I know genius when I see it. This was nothing short of remarkable. Having reached the end of the oval, the youth turned his bike around and rode back in yet another mega-mono. As if it were nothing.

My first bike was a dragster. The seat was elongated, the handles were wide and there was a metal loop at the back that you could lean against or, alternatively, someone could grab as if it were handle. Dragster bikes were for leisurely rides, built more for comfort than for speed. They were perfect for bitumen and ill-suited to gravel, which was all we had. Even if we were to ride our bikes to the nearest stretch of bitumen, it would have taken us to Coolart Road which was deemed ‘too dangerous’ for children to ride on.

You couldn’t pull a mono on a dragster. I’m not sure it ever occurred to me to try. But bikes underwent something of a revolution in the 1980s and, suddenly, a dragster was as daggy as a pair of purple corduroy flared trousers, something to be ashamed of. I immediately put the bike in the shed where it remains to this day. I wore the purple corduroy flares a while longer. Replacing the dragster were three initials – B, M and X.

‘BMX’ is short for ‘bicycle motocross’. Unlike the dragster, the BMX was a bike made for action. You could race it or perform stunts on it. We would sit goggle-eyed as we saw others spin their bikes through the air. It was as if they could fly. Our attempts to emulate these heroes took place at a far lower altitude but it was enough to cause the adrenalin to course through our veins and permanently relocate our hearts from chest to mouth. It was nothing short of thrilling.

We made our own BMX course. It included some small piles of dirt we referred to as ‘jumps’. We would time ourselves as we tore around the track in a desperate bid to break our own record. You came to know every puddle, pothole, curve and crater as you rode around and around. We must have spent hours racing each other. I have no idea who won. And yes, amongst all this racing we mastered the art of the mono. They were necessarily brief, with success being gauged by the ability to lift wheel and return it to earth without flipping it over and landing on your back like some kind of bizarre human / metal turtle hybrid.

Nothing we did then compared to what I was seeing now. To be able to ride the full length of an oval whilst pulling a mono – that was something beyond our wildest dreams. Partly because we lacked the balance. And imagination. Mostly because it was a ten kilometer trip to the nearest oval. Bike paths were a rarity then. The kid stopped, both wheels on the concrete. He then leaned forward and turned a switch before music started to float across the park. There was a speaker strapped to the handlebars. I didn’t recognize the song, but it didn’t matter. The Mono King was here and he deserved to be worshiped.

During this period of lockdown, my wife has suggested I get a bike. This is partly because everyone else is doing it, but mostly because I’ve taken to wearing lycra at all times (so comfortable for me, less so for you). I’m tempted, but today’s road and mountain bikes with their wafer-thin seats don’t interest me. I want a real bike. I want a BMX. I can see myself now, doing jumps and bunny hops before pulling a mono and riding into the sunset. The Mono King is dead. All hail the Mono King.