Binaisse breaks through with Group success 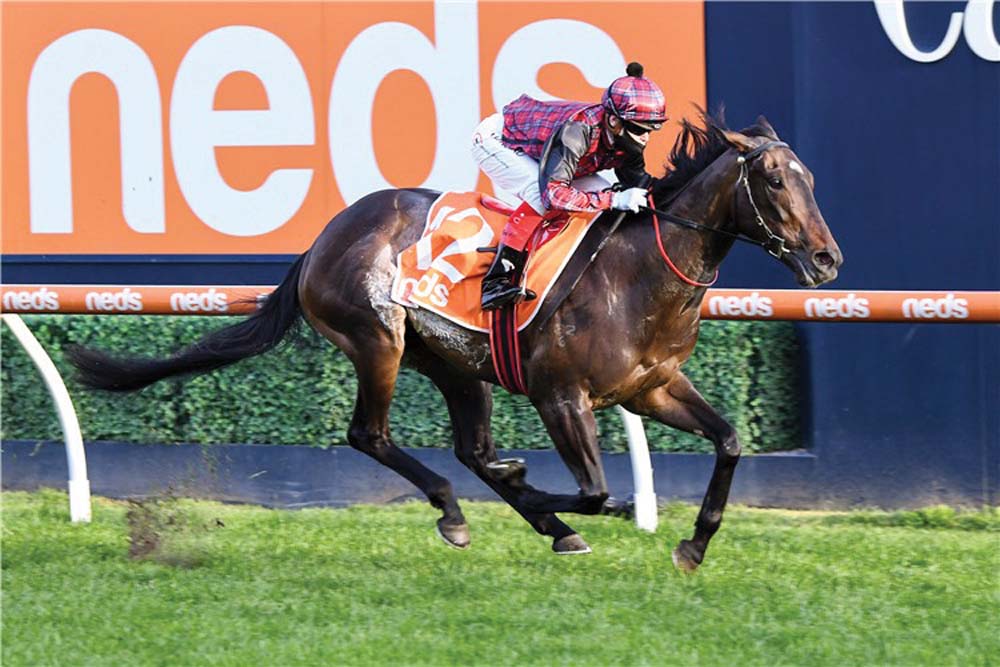 MORNINGTON-based trainer Dean Binaisse broke through for an elusive Group-class victory on Saturday 19 September with his ever-consistent mare, Felicia.

Having previously placed six times at black-type level, Binaisse finally broke through with his four-year-old daughter of Unencumbered, as she convincingly put away a handy field in the $160,000 Group Three How Now Stakes (1200m) at Caulfield.

Ridden by Craig Williams, Felicia sat up on the speed before finding plenty in the straight to kick clear for a comfortable two-length victory ahead of the Mitchell Freedman-trained Broadwayandfourth and the Chris Waller-trained Fiesta. The win brought up Williams’ third victory for the day after also claiming the Group One feature aboard Behemoth earlier in the day.

Trainer Dean Binaisse said it was a great feeling to get “the monkey off the back” with Felicia’s dominant performance.

“It was relief more than anything,” Binaisse said. “It’s been a long time coming with all the placings that I’ve had in other Group and Listed races.

“She put away a pretty good field and won pretty convincingly yesterday I thought. It’s great for the owners, they are terrific people.”

It was just Felicia’s ninth career start having spent more than a year off the scene with a serious knee injury. But after being nursed back to full health and being carefully placed by Binaisse, she has managed to land two victories and has finished outside the top three just once from her seven starts in his care.

Now with a Group Three win under her belt, Binaisse is still confident the mare can show even more improvement heading forward.

“She came very backwards when we got her due to the sickness and the surgeries she had to have. Each run she’s had, she’s continued to improve so I don’t know where the bottom is,” he said.

“She’s still on an upward curve I feel and looking at the horse she hasn’t completed furnished and matured. She missed nearly her whole three-year-old career so for her to do that and to be as quirky as what she is, it was really good.”

Felicia’s next target will be the Group Three Northwood Plume Stakes (1200m) at Caulfield on October 10 before potentially stepping out in trip for the Group Two Tristarc Stakes (1400m). But Binaisse was adamant that he won’t be running his mare if the track’s felt too firm given her past injuries.