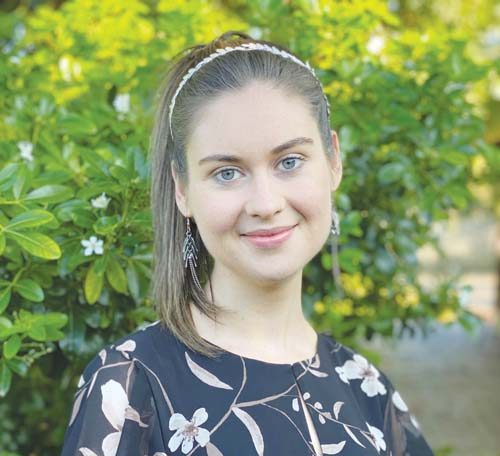 MORE Victorians have been expressing an interest in learning sign language this year.

Auslan interpreters have been in the public eye in 2020, with more people watching televised press conferences than ever before.

Expression Australia estimates that there has been an 80 per cent increase in interest in its Auslan classes this year.

Emma Roeschlein, a former Frankston Council employee, took up a Diploma of Auslan at Melbourne Polytechnic.

“I chose to study a Diploma of Auslan at Melbourne Polytechnic because I wanted to contribute to increasing access and inclusion in my local community. The local government area of Frankston has the second highest concentration of sign language users in Victoria, its population doubled between 2001 and 2011 alone,” she said.

“While working for the local council, it became clear to me how critical it is that government services are made accessible and inclusive for members of the deaf community. There is a cultural gap between deaf and hearing people, and it’s important for people like myself to work to bridge that.

“Being involved with the deaf community has opened my eyes to the inequality in society and challenged my own values and beliefs as a hearing person. I didn’t view being able to hear as a privilege; I perceived it as a normal part of everyday life. It wasn’t until I started to learn Auslan that I realised being able to hear is, in fact, a privilege not granted to everyone. Having access to emergency warnings, being able to watch live media updates and having access to information in my first language are privileges that my deaf friends, more often than not do not have the same access to.

“Learning Auslan has had a profound impact on me as an individual. It’s fundamentally transformed how I communicate with people, my understanding of disability and how I perceive the world around me.”

Ms Roeschlein was awarded the Melbourne Polytechnic Outstanding Vocational Education and Training Foundation Student of the Year in 2019. She now works as a language services coordinator with Expression Australia.

To continue classes during the COVID-19 pandemic, Melbourne Polytechnic has adapted to a remote delivery model for its courses.

This week is the National Week of Deaf People, which takes place from 19 September to 25 September.