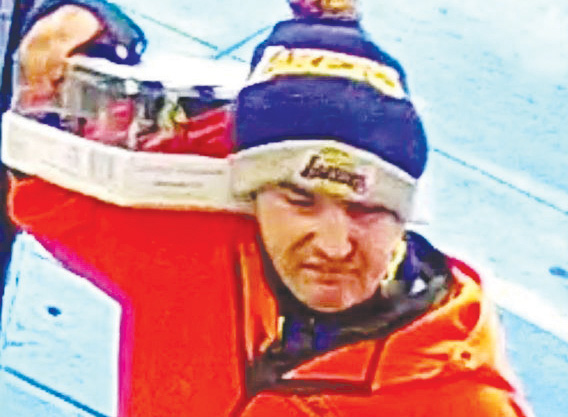 A MAN is wanted by police in relation to an alleged theft and assault in Frankston.

Police allege that at 4.15pm on 27 September, a man entered a drive through bottle shop and grabbed a slab of alcohol. He pushed past a woman working at the store and ran away.

The man police wish to speak to is described as “Caucasian in appearance and aged in his 30’s-40’s with a solid build”. Police believe he may have a tattoo on his left thumb. He was wearing an LA Lakers beanie, orange jumper, green cargo pants, and Nike sneakers.

An image of the man has been released. Anyone who recognises him is urged to contact Crime Stoppers on 1800 333 000 or make a report online at www.crimestoppersvic.com.au