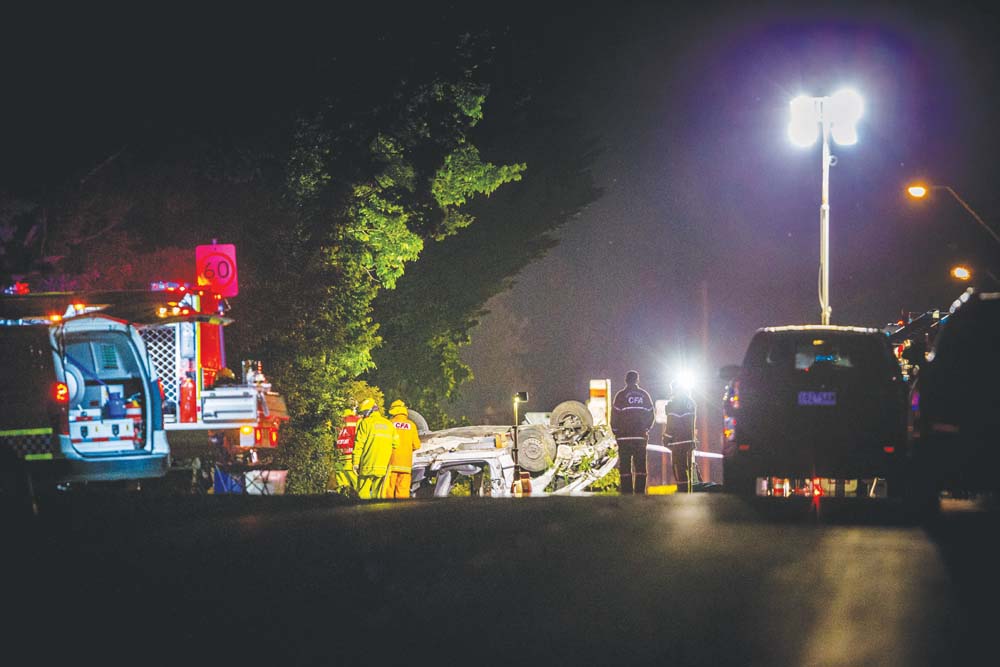 Fatal Somerville Sat 14th Nov 2020. I got pics at a bad Fatal last night in Somerville. I'm just going to download pics now. I left home at 10:30pm didn't get home till 2:20am and they still hadn't let me get close. I think there was two patients and a fatality. Car ended up on roof along Jones Rd near The Vines Somerville. They had Hastings SES there for lighting a CFA unit from Shoreham I think attended to decant LPG. I left around 2:00am and I still couldn't get a clear shot of the scene. I think HEMS (Air Ambulance) may have been used but not 100% sure as they may have landed at the footy oval. I noticed an Ambulance heading towards Frankston on Peninsula Link and it appeared to be chaperoned by a police vehicle both had light on. Photo: The scene along Jones Rd Somerville between Two Bays Drive, The Vines and Soderlund Place. The crash happened around 9:50pm on Saturday 14th Nov 2020. Most of the photo's were taken in the early hours of Sunday morning.
Share
Facebook Twitter LinkedIn Pinterest Email

A YOUNG woman is dead after a car crash in Somerville.

Police allege that the driver of a white sedan travelling on Jones Road at around 10pm on 14 November lost control, and crashed into a tree.

A 23-year-old woman, who was a passenger in the car, was killed in the crash. She died at the scene.

Two men in their 20s, the driver and another passenger, were taken to hospital.

He was refused bail and will appear at the Melbourne Magistrates’ Court.