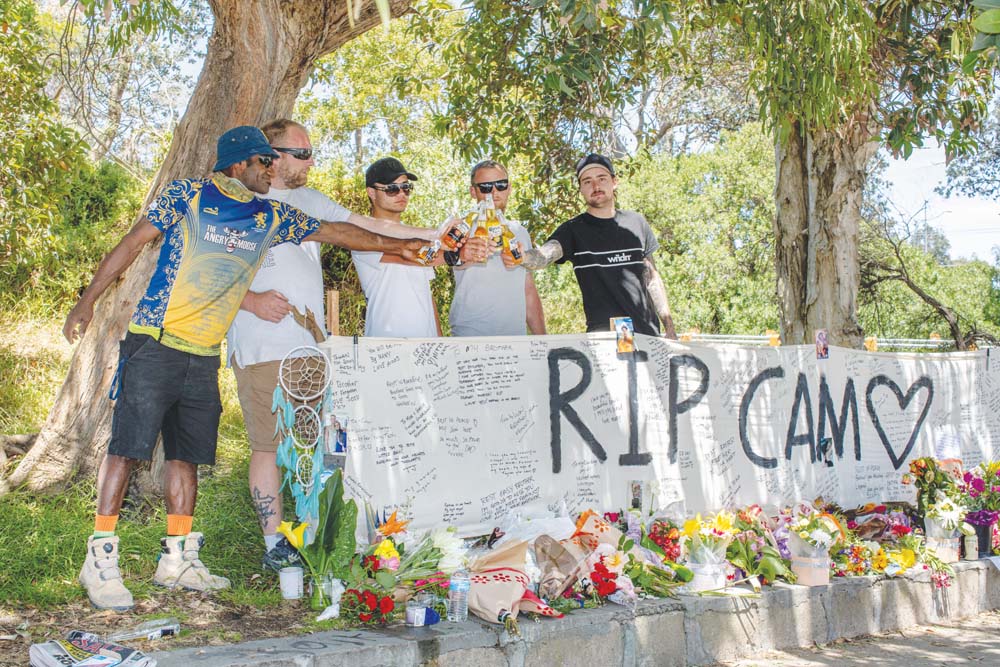 Memorial Seaford for Cam. Photo: Cam's workmates have a beer for him while sitting next to the memorial that has been set up on Station Street Seaford opposite the Seaford RSL.
Share
Facebook Twitter LinkedIn Pinterest Email

A MAN is dead after an alleged stabbing in Seaford.

At around 7pm on 25 November, emergency services were called and told that a man had been stabbed on Station Street.

Paramedics arrived shortly afterwards to work on 26-year-old Cam Smith’s injuries. He died at the scene.

The following day, police arrested a 19-year-old Somers man and charged him with murder. He was held to appear at the Melbourne Magistrates’ Court on 27 November.

Three more people have also been arrested in relation to the death.

A 17-year-old boy from Frankston was arrested and charged with affray, intentionally cause injury, and commit offences whilst on bail.

A 21-year-old Somers woman was arrested on 27 November and charged with affray and assault. She has faced the Melbourne Magistrates’ Court.

Later that day, an 18-year-old Frankston man was arrested in Carrum Downs. He was charged with affray, assault, and commit an offence whilst on bail. He was remanded to appear at Melbourne Magistrates’ Court.

Mr Smith’s father Michael spoke to 3AW about his son the morning after the alleged attack.

“He had everything to live for, he was a go getter, a hard worker, he had a heart of gold,” he said. “He’d help anyone, any time. He was just a fantastic kid.”