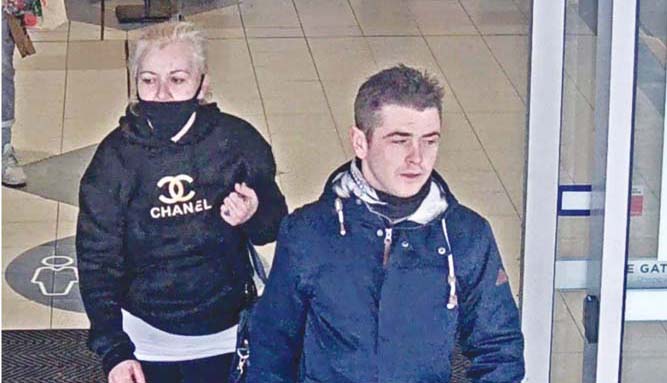 A SECURITY guard has allegedly been spat on and threatened while working at the Gateway Shopping Centre in Langwarrin.

At around 6.30pm, 5 November, multiple items were stolen from the shop. Security spoke to a woman about the thefts, before she allegedly spat on one of the guards. Police say that a man then threatened to run down the guard with his car.

They then fled the car park in their car, described as a silver Toyota Hilux.

Police have released images of a car, and three people they wish to speak to about the incident. Anyone who recognises them can contact Crime Stoppers on 1800 333 000 or make a report online at crimestoppersvic.com.au and quote the incident number 200408246.