Portland Sky’s back on track 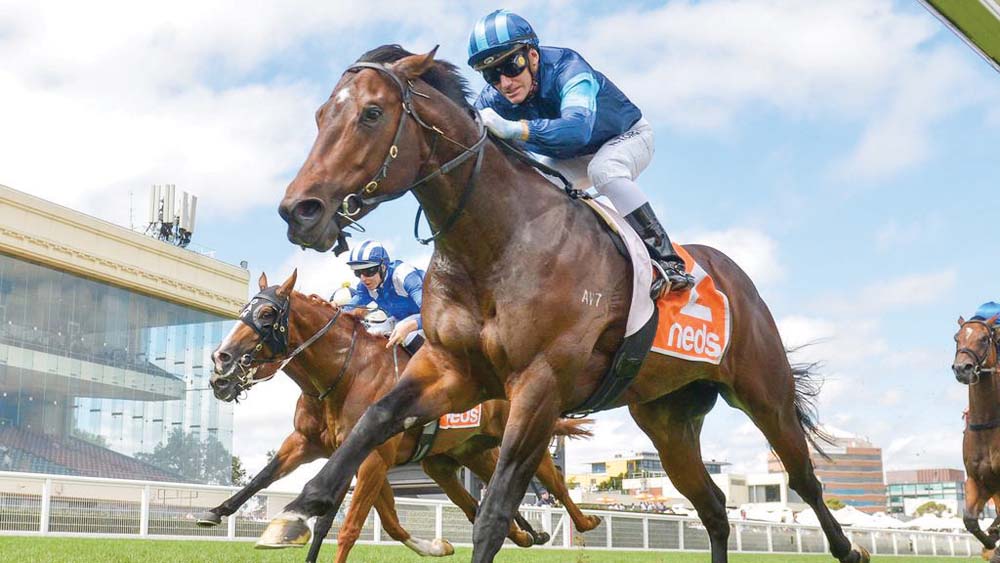 MATT Laurie’s promising sprinter Portland Sky has made amends for his unsuccessful trip to Queensland with an all-the-way victory in the $160,000 Group Three Manfred Stakes (1200m) at Caulfield on Saturday.

Having finished at the back of the field in the Group Three Vo Rogue Stakes (1400m) at his only run in Queensland in January, Portland Sky bounced back into form at Caulfield to land a three-quarters of a length victory.

The three-year-old son of Deep Field held off the challenges of some talented gallopers with the Caulfield Guineas runners-up Aysar and last year’s Blue Diamond Stakes winner Tagaloa failing to reel in the speedy colt.

Moving on from his horror trip to Queensland, Mornington-based trainer Matt Laurie is now setting his sights on some of the feature sprints in Adelaide over the Autumn carnival with Portland Sky.

Laurie said races like the Group Two Euclase Stakes (1200m) and possibly the Group One Goodwood (1200m) could be on the colt’s agenda.

“Happy to put a line through his run in Queensland as he trialled beautifully last week and we were very happy with him coming into today,” Laurie said post-race.

“He’s got good tactical speed. He can relax and he’s got a good sprint. He’s always shown us plenty right from (being) a young horse. We’ll no doubt get the opportunity to run in something better.”

Despite some classy horses looking to run him down, jockey Luke Currie said he was always confident in the race.

“He’s a nice horse and he was going to win a long way out,” he said post-race. “Only went steady through the first part of it and then he kept quickening the tempo from the 600 himself and he was always going to be hard to run down. He’s a really nice horse.”

Now with two Group Three victories to his name, Portland Sky holds a record of three wins from six career starts. He has accumulated $243,000 in prizemoney.