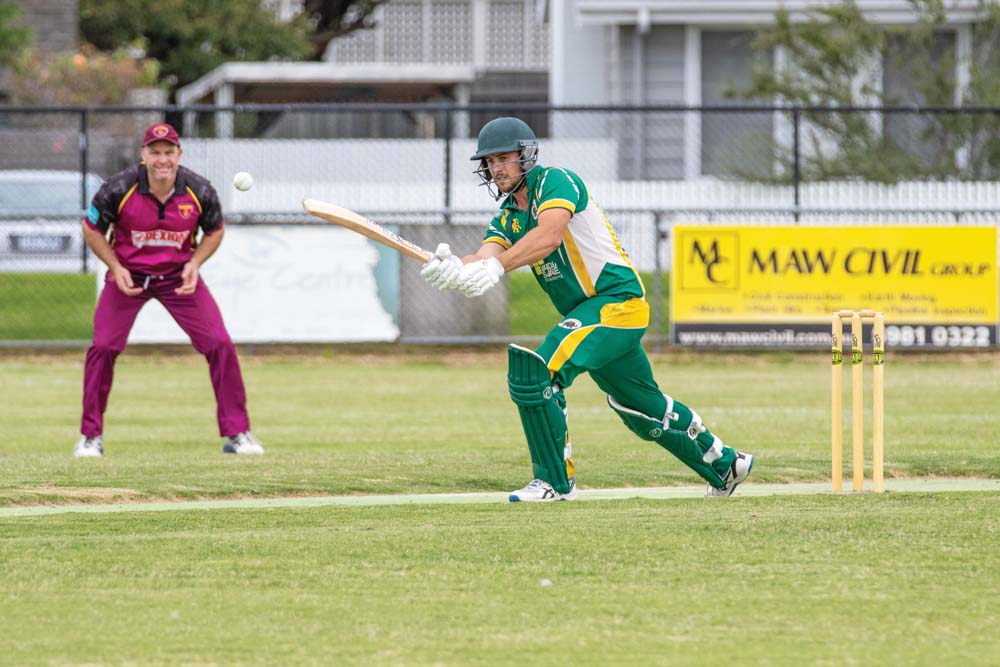 PINES have closed out an undefeated season with a win over Heatherhill.

After being sent in to bat first, Pines put 168 runs on the scoreboard.

Pines had multiple players make good starts, but none of them could go on to make big scores. Jack Peace-Stirling top scored with 38.

Heatherhill’s run chase got off to a shaky start. The top order fell without making an impact, and at 4/43 the side was in big trouble.

Middle order batsmen Brett Maxwell and Jake Theobald got things back on track, both recording scores in the forties.

The game went down to the final over, but Heatherhill ended up falling just short. They lost their final wicket for 164, five runs short of a win.

Below top-of-the-table Pines are Long Island, who only lost one match this season. Flinders and Somerville round out the top four.

Main Ridge finished the season last on the ladder, just below Seaford Tigers. Both sides only recorded two wins each this campaign.

The Tigers recorded their most impressive win for the season in the last round against Somerville. Chasing a formidable 223 to win, the Tigers’ batsmen were in excellent form.

Opener David James was the star, hitting an unbeaten century to earn his side a stunning nine wicket win. James smashed six sixes during his brilliant innings.

CARRUM have finished on top of the District ladder, despite losing their final game of the season to Hastings.

Carrum opener Shaun Foster set his side up well to close out the year with a win. He scored 103 runs to help his side to a final total of 182.

Hastings proved up to the task though, managing to wrap up a four wicket win to close out their year.

Dromana can count themselves unlucky, only finishing behind Carrum on percentage.

Pearcedale finished bottom of the ladder after recording just one win all season.

CARRUM Downs have finished the season on top of the ladder, closing out their campaign with a win over Balnarring.

Balnarring couldn’t deal with the efforts of Carrum Downs’ bowling attack. They were sent back to the sheds for just 96 runs.

Ryan Lynch bowled out Balnarring’s openers early, and finished with figures of 3/22.

Carrum Downs went on to claim a six wicket win.

Despite the loss, Balnarring still remained in the top four to end the season. Mt Martha and Tyabb will join them in the finals after finishing in second and third positions.

MORNINGTON have finished on bottom of the Provincial ladder after falling to defeat against Sorrento on Saturday.

Playing on their home deck, Sorrento chose to bat first. They set Mornington 181 runs to win.

A win would have moved them up from the bottom of the table, but Mornington were not able to get the job done. They were bowled out for 132 runs, dooming them to relegation.

The win cemented Sorrento’s spot in the finals. Sorrento are joined in the top four by Baden Powell, Langwarrin, and top of the table Old Peninsula. With just one defeat in the record books for the season, Old Peninsula will go into the finals series as the strong favourite.