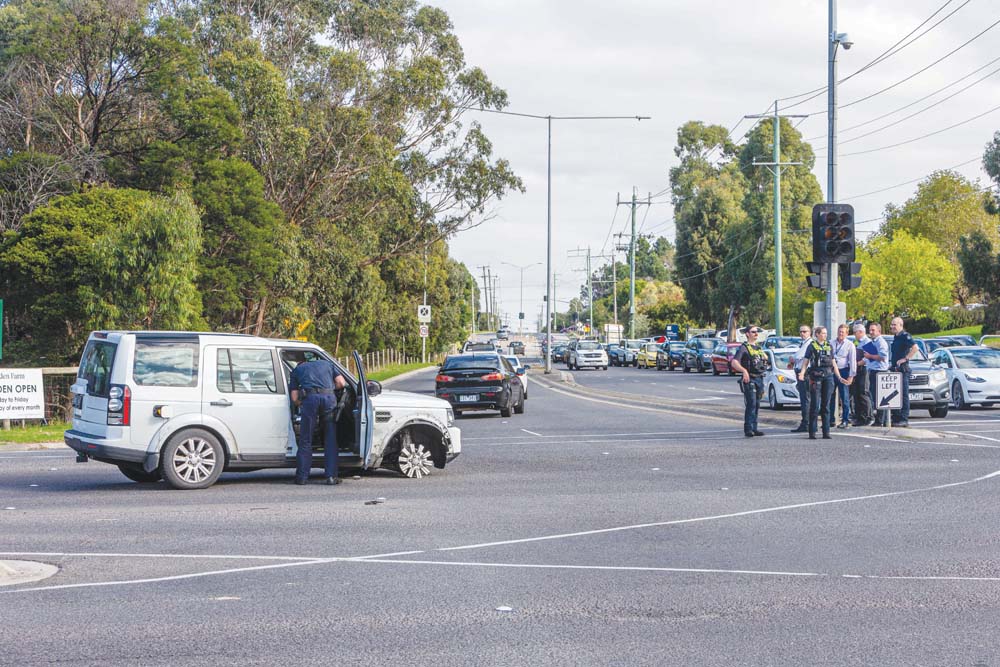 THREE teenagers were arrested after being caught by police in an allegedly stolen car last week.

Police intercepted the allegedly stolen Land Rover Discovery at the intersection of Frankston-Cranbourne Road and McClelland Drive in Langwarrin at around 2.30pm, 5 April.

Two 13-year-old boys and one 14-year-old boy were arrested. One of the boys was arrested when police intercepted the car, while the other two allegedly fled into Peninsula Private Hospital. The two boys were subsequently arrested as well.

Police allege that while the arrests were being made, an attempt was made to carjack a pregnant woman. Police say nobody was injured during the incident.

The three teenagers were remanded in custody.