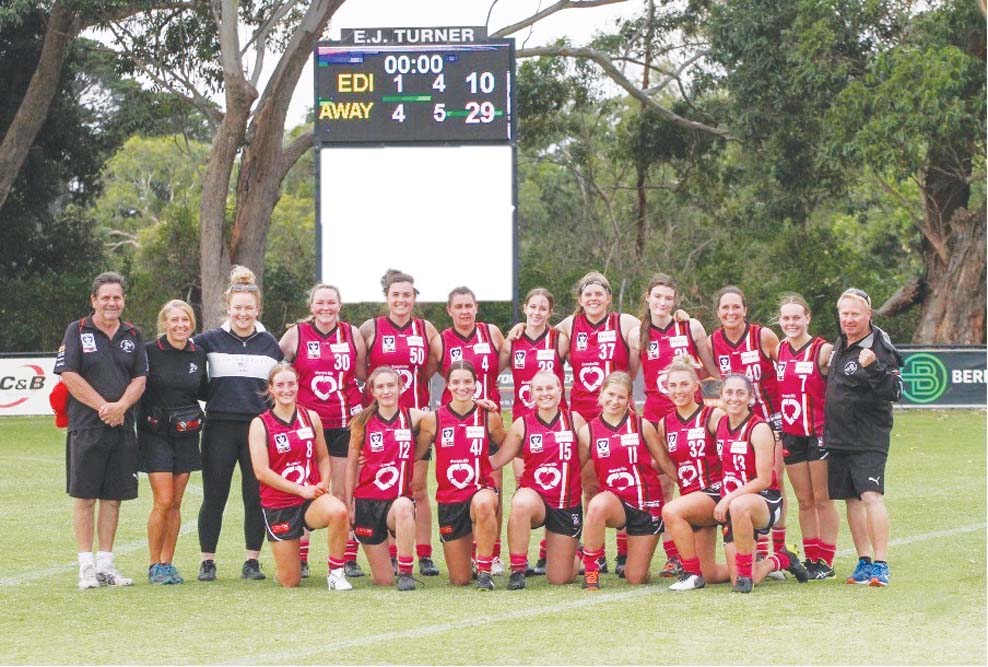 A TEAM of footballers made history when they ran onto the field last week.

For the first time in its 134-year history, the Frankston Football Club fielded a women’s side. The inaugural Dolphins women’s team ran out for their debut match on 23 April.

“I think it’s been on the agenda for a number of years, but we had to get our finances in order first after coming off the problems in 2017. It was always an opportunity we saw to get the women’s side going,” he said. “We had an ex-player of ours Greg Hilton doing our Sunday market and he had a passion for it, so we worked with him and it all came together right around Christmas time. Now we have assembled the women’s side, and they’re keen and ready for their opening match against Mornington.”

The Frankston FC women’s team is competing in the South Eastern Women’s Premier division in 2021. The club is aiming to field a side in the VFLW competition by 2023.

Lloyd said the cost of fielding a side in the SEWF is around $30,000, and that competing in the VFLW would cost roughly $250,000. “It all gets down to the numbers,” he said of the club’s future plans.

The club hopes to continue running a women’s program for years to come. “They’ve done a fantastic job [setting the women’s side up],” Lloyd said. “This will get more people into the club and bring in more members.

“As much as possible we want to play games as curtain raisers under lights, we are very keen to make it all work looking forward.”

That’s the spirit: Women walk for others