More girls signing up for sport 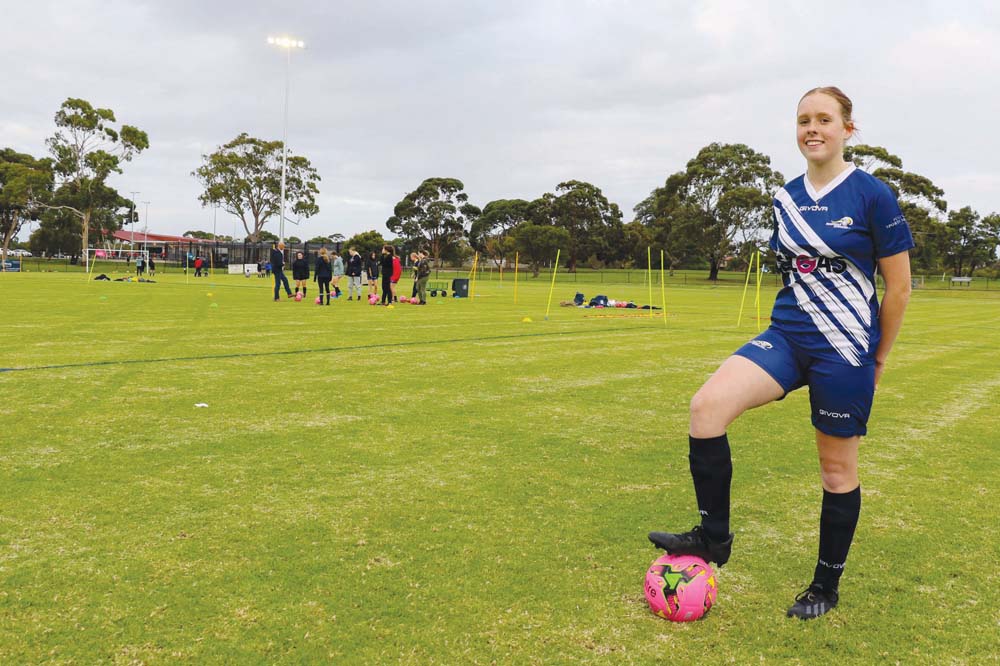 THE number of Frankston girls playing sports is on the rise.

Statistics from AFL South East show that of all the junior football players in the Frankston area, around 21 per cent of them are girls.

Frankston Council says it is funding sporting ground redevelopments to keep up with the growing rate of girls playing football and soccer. Cr Sue Baker said “we are coming back to sport in our communities following seasons disrupted by the pandemic, so it is early days, but when you look at how individual clubs are doing, I believe council’s building program is beginning to get results. For example, where council did a total rebuild of the Ballam Park East Pavilion just on three years ago, we have one of our strongest participation rates, with girls representing 44 per cent of players at the Karingal Bulls Junior Football Club.”

“Where we completed the Overport Park Pavilion last year, the Frankston Dolphins Junior Football Club is already showing a fairly high membership of girls at around 29 per cent. And with construction about to begin on the Pat Rollo Reserve pavilion, I’m looking forward to seeing how the Pines Junior Football Club – which is fielding inquiries for under 12 and under 14 girl’s teams – will grow over the next few years,” she said.

15-year-old Peninsula Strikers Junior Football Club player Brooke said she was excited about the upgraded Ballam Park South pavilion. “It’s more welcoming and it looks nicer and you’re happier to be there and it’s set up well. So it’s like your space to be when you go to play,” she said.

That’s the spirit: Women walk for others