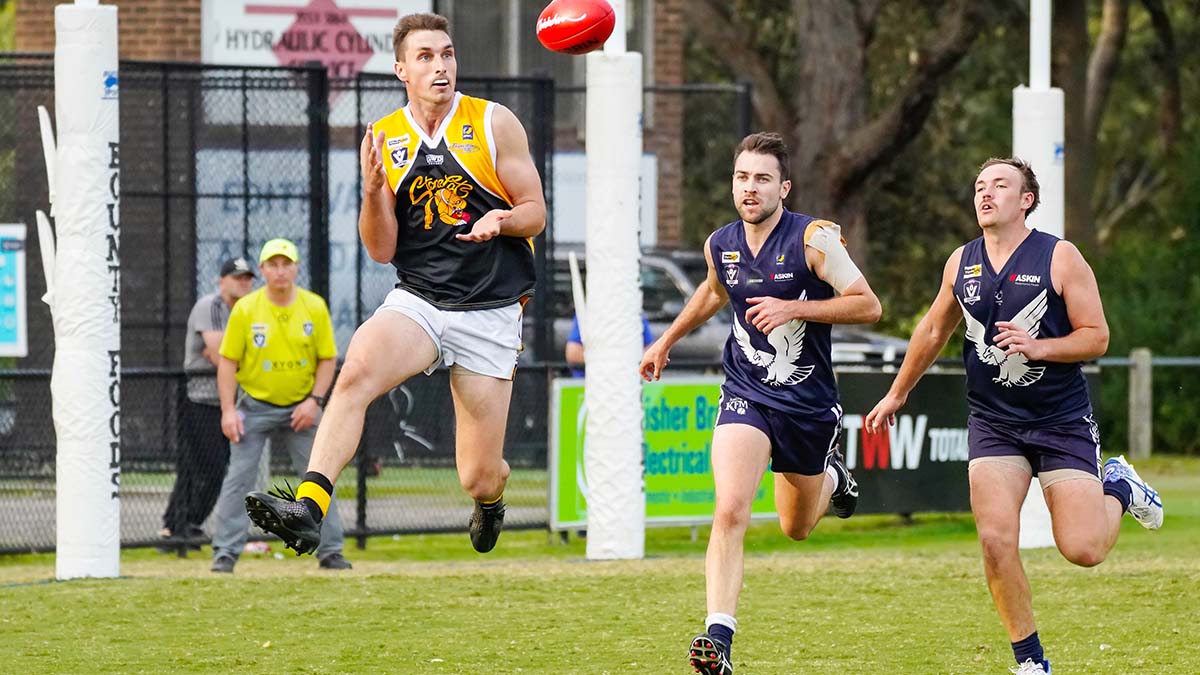 BONBEACH have claimed top spot on the ladder with a big win over Rosebud.

Coming into the clash, Rosebud had established themselves as the inform team in the competition. They started the year 3-0.

Bonbeach put Rosebud on the back foot early with a big first term. The Sharks entered quarter-time with a four goal lead, and continued to apply pressure after the break.

Three former St Kilda players led from the front for the Sharks. Sam Gilbert and David Armiatge were among the best, and Trent Dennis-Lane scored four goals.

Mt Eliza and Sorrento put on a good show for the crowd at Emil Madsen Reserve on Saturday.

Sorrento looked the stronger side in the first half, taking a 25 point lead into the main break.

The Redlegs burst out of the gates in the third quarter. A five goals to one blitz put them ahead by two points.

Leigh Poholke was back to his best for the Sharks, booting six goals. Tom Small was named best afield for the victorious Redlegs.

Pines’ miserable start to 2021 has continued. The Pythons were thumped by Dromana last weekend.

After a competitive opening term, the Tigers blew the game apart in the second quarter. A seven goals to nil second term spelled doom for Pines.

Reece Wilde scored four goals in a best-on-ground showing. Ethan Johnstone also scored four for Dromana off the back of his five goal haul the week prior.

Edithvale-Aspendale are still without a win this season, succumbing to an 11 goal loss to Frankston YCW.