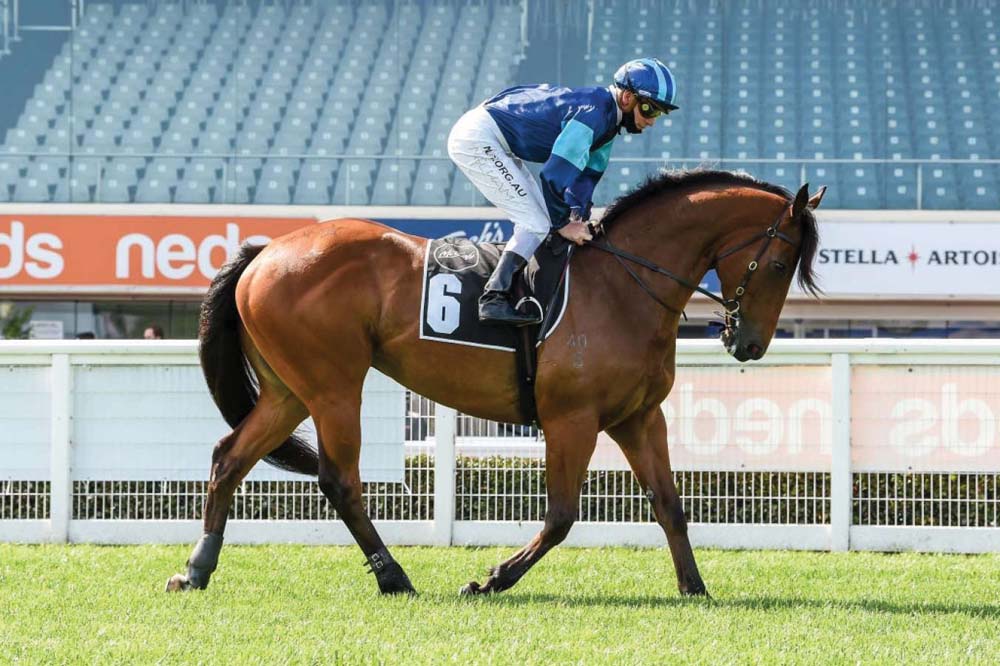 MATT Laurie has made the tough call to retire his promising sprinter Alfa Oro with injuries cutting his time on the racetrack short.

The six-time winner who earnt just shy of $250,000 in prize money did a phenomenal job to even make a return to the racetrack after suffering a spiral fracture in his front leg as an early three-year-old in 2018.

Missing his entire three-year-old season and spending more than 20 months on the sidelines, Alfa Oro made an encouraging resumption finishing second at Pakenham in April last year. The now five-year-old son of Bachelor Duke went on to win five consecutive races including victories at Flemington, Caulfield and Moonee Valley.

He finished strongly for third when first-up at Caulfield this preparation before racing below his best and finishing fifth at his final outing at Caulfield on Saturday 24 April.

Mornington-based trainer Matt Laurie released the news of his gelding’s retirement in a statement on Thursday 29 April.

“With sadness the decision has been made to retire our stable favourite Alfa Oro,” Laurie told his supporters. “He has given us some amazing thrills after winning five races in succession including victories at Flemington, Caulfield and Moonee Valley. He retires with a big motor that unfortunately his body won’t allow us to see.

“Thank you to everyone that played a part in his career and now Alfa, you can enjoy the next phase of your life.”

Alfa Oro missed a placing just twice in his 11-start career – a credit to Laurie who managed to keep the gelding happy and healthy despite his apparent injuries.