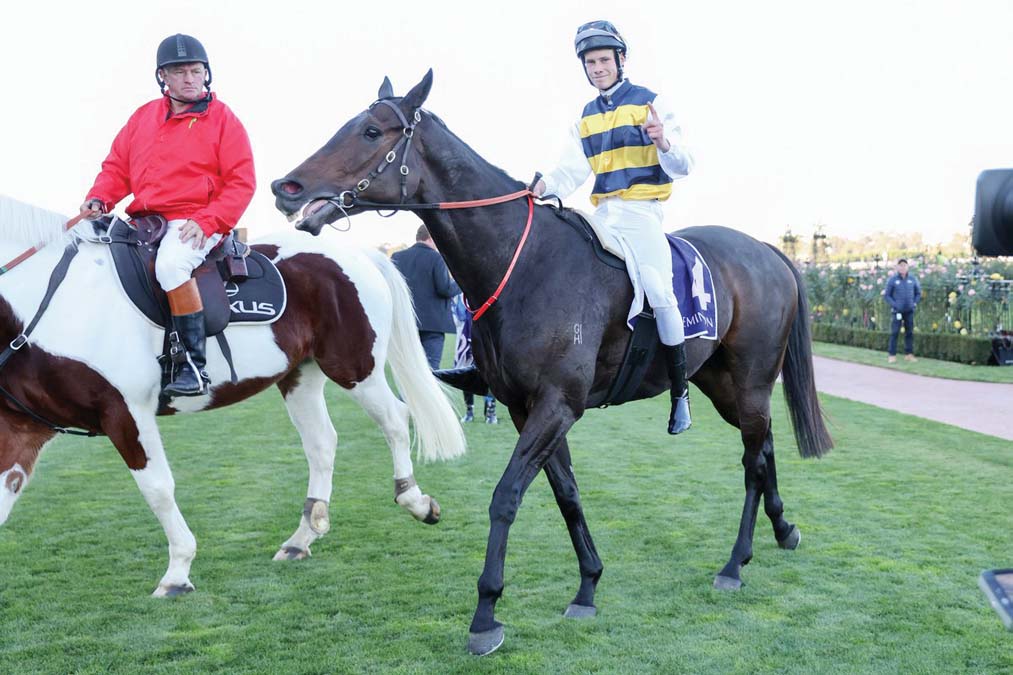 APPRENTICE jockey Lachlan Neindorf has landed his first winner at Flemington in sensational fashion aboard $126-pop Romancer on Saturday 22 May.

The Mornington-based apprentice took the Grahame Begg-trained gelding back towards the rear of the field in the 1200m straight race before unleashing his run along the inside. He put a winning break on the field and held on to score by one-length over the fast-finishing Amy and Ash Yargi-trained I’m Telling Ya.

The win also provided Neindorf with his second Stakes success.

“He was super. That’s my first one [at Flemington] but I’ll take it in a Listed race,” Neindorf said post-race.

“He’s only better as he gets out over further ground but I just dropped him out the back and he relaxed and travelled nice. When I blew him up on the inside I thought I was going alright.”

Pinecliff, Mount Eliza-based trainer Grahame Begg said he was surprised at the odds of his consistent galloper.

“My wife said to me ‘I don’t think you’ve ever had a horse go around at 150-1’. I’ve had some at long prices but I thought he was well over the odds,” Begg said. “He’s got a very good Flemington record but over a bit further distance.”

“He’s a grand old horse. He puts in every time he goes to the races. It’s fantastic to be able to get a Listed win with him.”

Begg said he would look to continue Romancer’s successful record at Flemington as he gears up for the Winter Championships Final at Flemington in July. Romancer’s record at headquarters now reads three wins and five placings from his 14 starts.