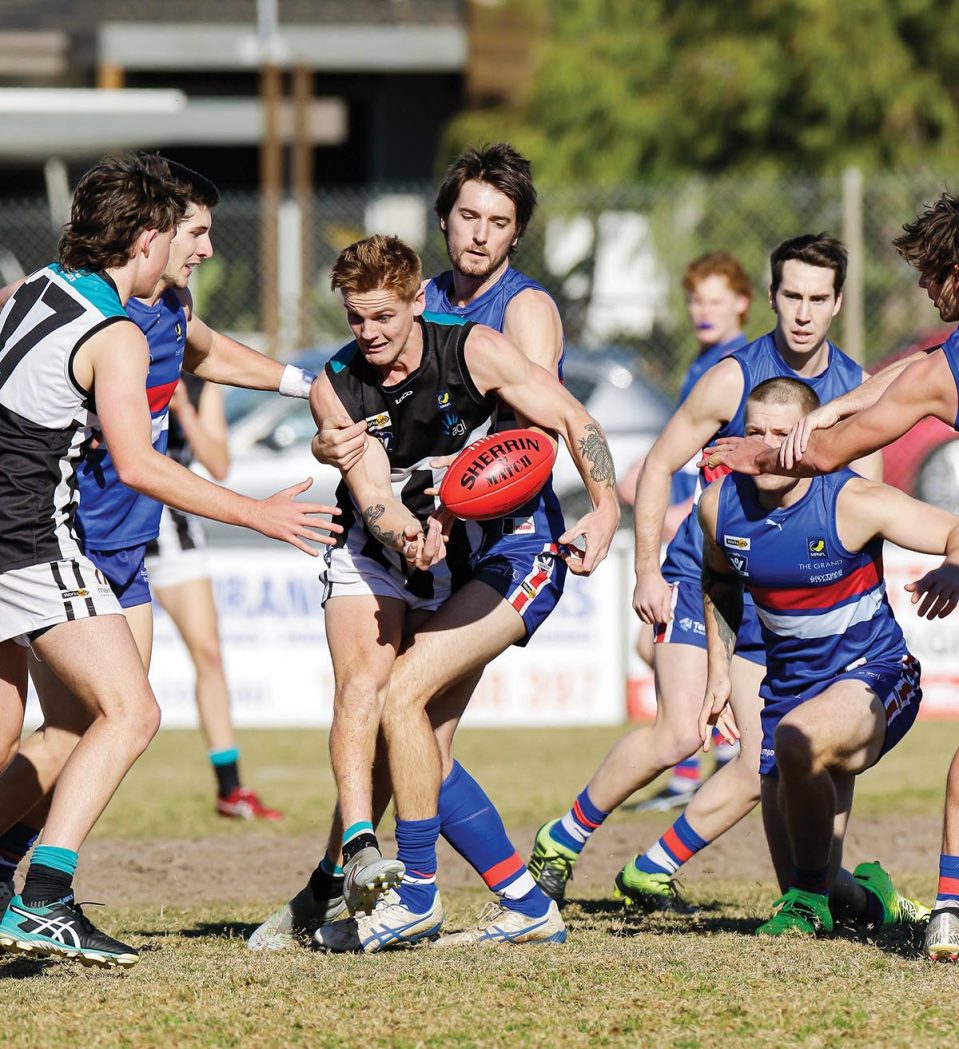 THE Stonecats remain on top of the MPNFL ladder after another impressive victory on the weekend.

The Stonecats raced out of the blocks in the first quarter. A five goals to one first term put them in the box seat early.

Things didn’t get any easier for Rosebud in the second quarter, as YCW continued to put pressure on. A four goals to none second term saw the Stonecats go into half time with a 56 point lead.

Matthew Troutbeck and Christian Tsiampas kicked four goals each for the victors.

Both sides traded blows in a tense contest. The Bombers led by just two at half time, and six at three-quarter-time.

Alex Harnett and Khan Haretuku were named the Bombers’ best, having kicked four goals each.

Mt Eliza got the better of Dromana in a low scoring affair at Emil Madsen Reserve.

Both sides struggled to hit the scoreboard throughout the afternoon. Despite kicking just three goals in the second half, the Redlegs managed to win 7.13 (55) to 5.9 (39).

Elliot Simmons was named Mt Eliza’s best for the day.

Edithvale-Aspendale worked hard on Saturday, but weren’t able to back up their good win from last week. They were defeated by Red Hill, but were competitive throughout the day.

Kangaroos pick up where they left off