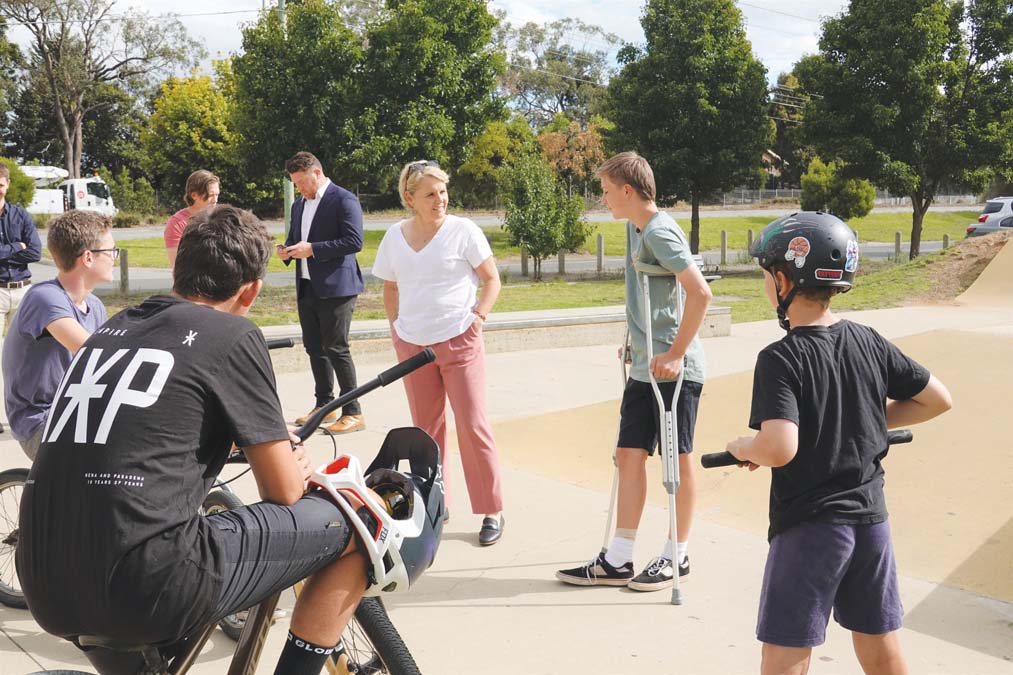 A CAMPAIGN by a young skater to have his local skatepark upgraded has been successful.

Langwarrin Skatepark at Lloyd Park will soon be improved. 13-year-old Caiden led a campaign to have the park refurbished, which eventually caught the attention of council and local MPs.

A federal government grant of $20,000 was announced for the project last week, which adds to a funding commitment already made by Frankston Council.

Caiden said “expanding the skate park would be good for everyone. Not only does it support positive mental health, it also gives kids something safe to do.”

Dunkley MP  Peta Murphy said “the facilities at the Langwarrin Skatepark are outdated and, in some places, unsafe. The Langwarrin community deserves a skatepark that’s safe and that caters for different levels of experience.”

“I look forward to continuing to work with Frankston City Council, who also provided funding, on immediate improvements and consultation and design on bigger works,” she said.

Students and Elders collaborate on film