Brooklyn to thrive with extra trip 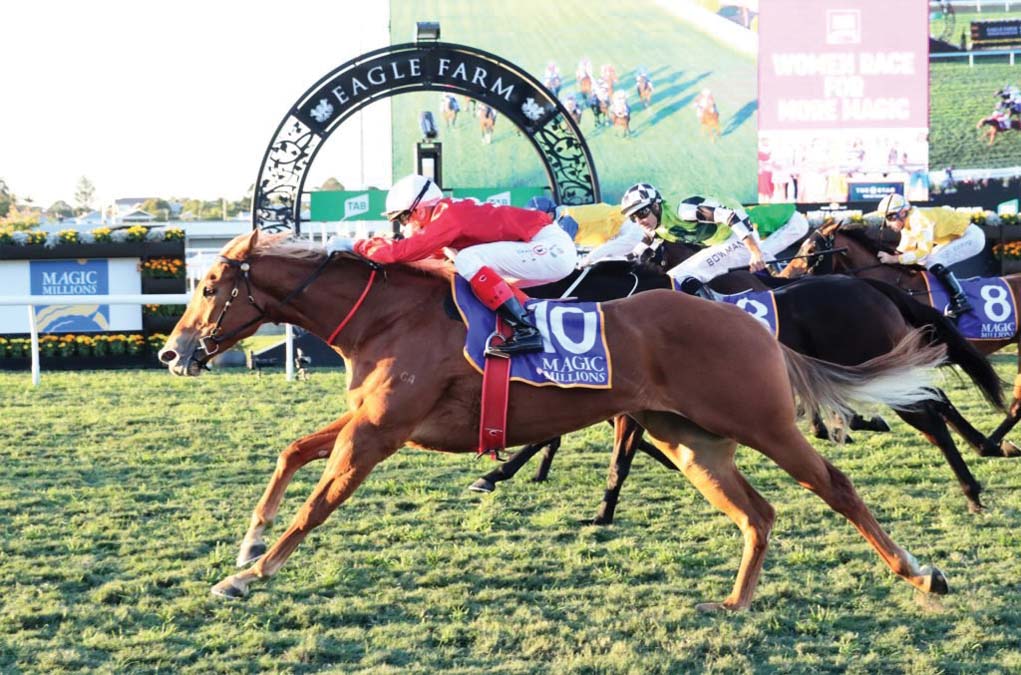 DEAN Krongold has no doubts over Brooklyn Hustle running a strong 1400m in the Group One Tattersall’s Tiara on Saturday 26 June.

The inform mare has won her last two starts in the G3 Proud Miss Stakes (1200m) and G2 Dane Ripper Stakes (1300m) impressively and takes the step up to the seven furlongs for the first time in her career.

Krongold, who trains in partnership with Jason Warren, said it’s always been their intentions to get the mare over more ground.

“We’ve always thought the more she steps out the better she’ll be provided she settles off that sort of tempo,” Krongold said. “She’s a lot more seasoned this time in and her dam (Joint Aspiration) suggests she could even get to a mile to a mile and a quarter.”

After partnering Brooklyn Hustle to Group Two success last start, jockey Craig Williams has made the decision to ride another runner in the G1 Tattersall’s Tiara on Saturday. Williams will again combine with the Michael Moroney-trained Tofane who he won the G1 Stradbroke Handicap aboard a fortnight ago.

Krongold said a jockey is yet to be confirmed for Saturday’s contest.

“(Craig Williams) will ride Tofane which is probably understandable in the circumstances,” he said.

“He’s a great fella, Craig. He’s even offered to help us out and ride her in her final gallop. He’s keen to stick with her in the future should she be active in the Spring.”

Despite Williams hopping off, Krongold is confident the Dane Ripper form will once again hold up in the Tattersall’s Tiara.

History is on their side with six winners of the last 10 Tatt’s Tiara’s coming through the Dane Ripper Stakes. Three of them, Invincibella (2019), Cosmic Endeavour (2014) and Red Tracer (2013) all completed the double.

“You can’t be nothing short of impressed with her win (in the Dane Ripper Stakes),” Krongold said of Brooklyn Hustle’s last-to-first victory.

“If she gets clear running, she can reel off some explosive sectionals and we saw that a fortnight ago. Provided she gets the luck she needs, she’ll be there abouts again.”