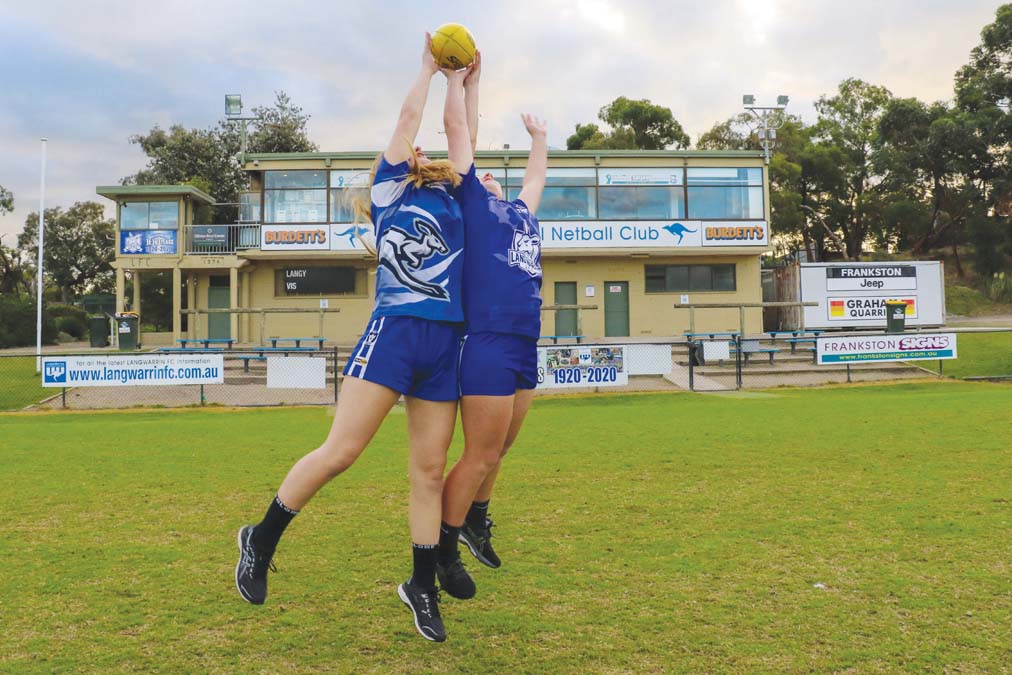 THE five-decade-old pavilion at Lloyd Park in Langwarrin is ready for a long-awaited facelift.

Langwarrin Football Netball Club celebrated its 100th birthday last year, although COVID-19 muted celebrations. This year has proved more fruitful, with the club returning to play and the old pavilion confirmed for an upgrade.

The building will soon undergo a $6.5 million redevelopment. The federal government allocated $3 million in taxpayer funding toward the project, while Frankston ratepayers will pay just under $3.5 million.

Langwarrin FNC president Norm Whiteside said the upgrade would help the club field a senior women’s side by 2022. “We haven’t taken on women’s teams in the senior football club to date because of the antiquated club house. However, with growth within our junior club, we’ll realise a senior women’s team as the new pavilion is handed over sometime mid-2023,” he said.

“We’ve got four girls teams in the juniors and the eldest is Under-16s, so we expect now that they will be able to transition into the new building when the red ribbon gets cut.

“I expect there’ll be some trepidation when the rooms are demolished, however it will be for nostalgic reasons only. It will be one of the best on the peninsula as far as sporting facilities go. We’ve played at lots of grounds and there’s nothing like this. It will be the jewel in the crown.”

Senator David Van said  “this upgrade will not only support the ongoing viability of locals and sporting clubs utilising the facility, but also create new employment opportunities, which will support our region well into the future.” Dunkley MP Peta Murphy said “this redevelopment is the combination of Langwarrin Football Netball Club, Langwarrin Junior Football Club and Langwarrin Cricket Club’s one club vision to increase participation in local sport and reach more people in the local community. I’m very proud to be supporting this terrific project that will also benefit the broader Langwarrin community.”