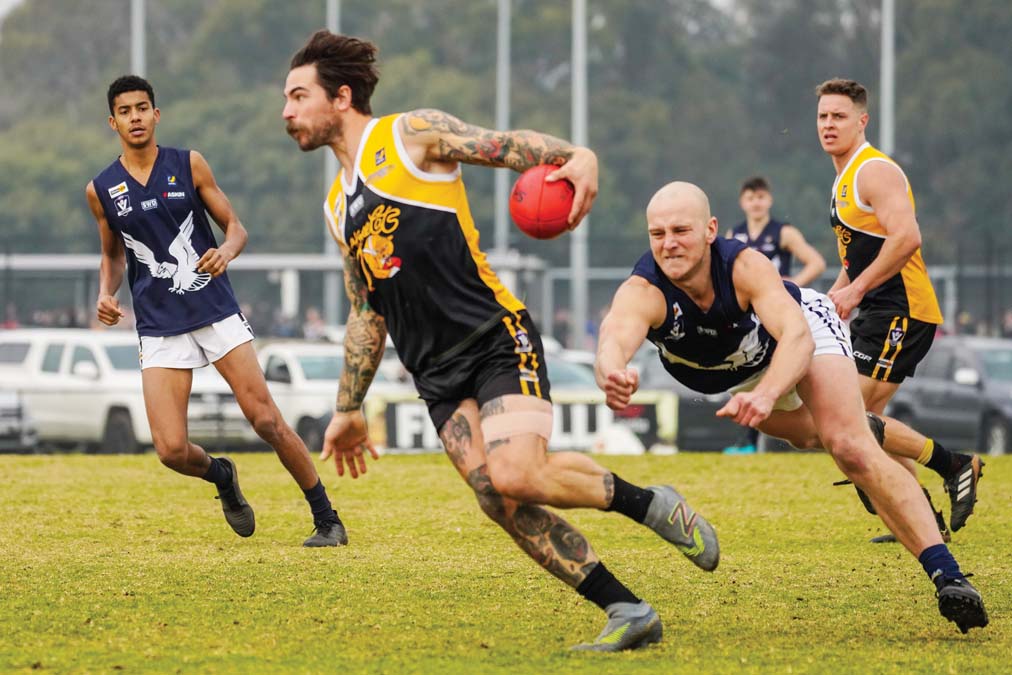 Edi-Asp raced out of the blocks and took control in the first half. At half-time they were up by 16 points, and looked poised to claim a shocking win.

The Stonecats survived the scare thanks to three goals from Roan Steele. Michael Bussey was Edithvale-Aspendale’s best with four goals.

Both sides were evenly matched throughout the afternoon. The lead changed hands at each break of play, with Mt Eliza ahead by three points at the final break.

The Poholke brothers combined for five goals for the Sharks. Shane Tennant was Mt Eliza’s best.

A best-on-ground performance from Khan Haretuku helped the Frankston Bombers to a big win over Red Hill.

The Bombers defended brilliantly against the Hillmen, restricting them to two goals for the day.

At the other end of the ground, Haretuku kicked four goals and Jarrad Grant kicked three.

Rosebud had a tough day at home on Saturday, losing to Bonbeach by 79 points. Trent Dennis-Lane and Joseph Fisscher kicked five goals each.