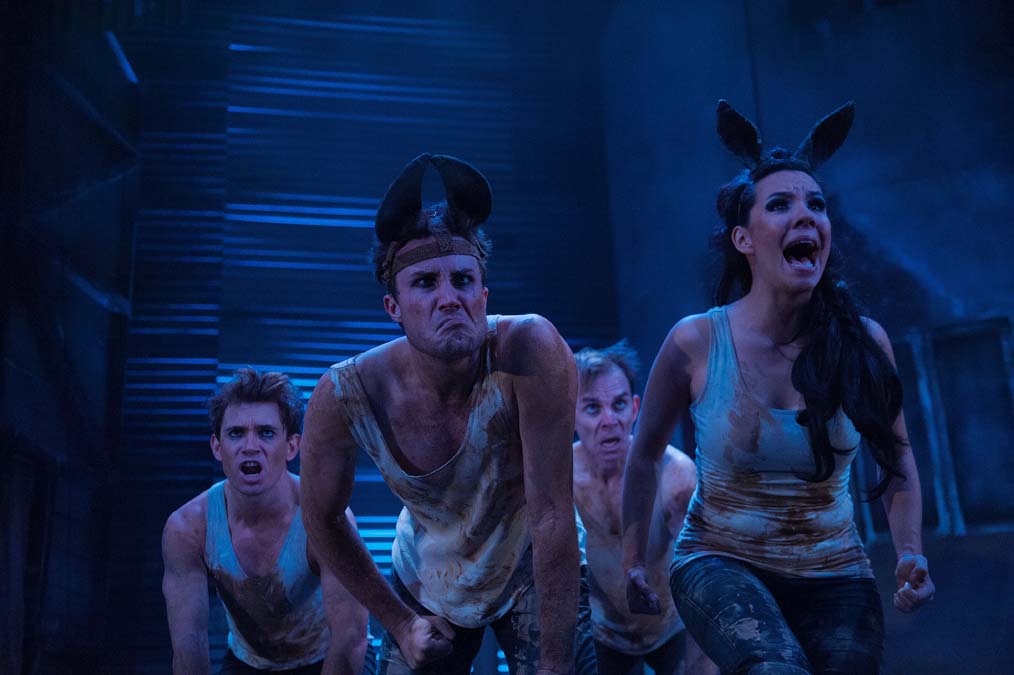 AFTER a year off the road thanks to the pandemic, shake and stir theatre company are keen to be back on stage and bringing their award winning production of George Orwell’s intensely powerful novel to Frankston Arts Centre.

Co-artistic director Nelle Lee explains it is not just about performing, but performing for and engaging with audiences, which is an essential ethos of the company, “It’s important to be able to offer programs to regional Australia as well as those metro cities. For a company like ours, it’s essential that we maintain that touring circuit, which is such a big part of what we do.”

This production of Animal Farm has taken a novel that is a gritty, disturbing tale and turning it into a passionate theatrical romp where the cast enthusiastically portrays the animal characters in a spirited, physical performance, bringing the farm and its tragedy to life.

While many may see the choice of story as poignant, considering the state of the world, even pre-pandemic Lee felt the time was right to resurrect the adaptation. There will be some nods to Trump in there, certainly the tag line of ‘Making Animal Farm Great Again, Again’ hints that the Trump presidency, which many described as Orwellian, was on their minds when choosing what to take on the road.

Created by shake & stir and directed by Michael Futcher, Animal Farm promises to be one of the most shocking, relevant and wickedly funny theatre events of 2021. Book now to see it at Frankston Arts Centre on Friday 27 August, 7.30pm.

A Tribute to the musical sensation Buddy Holly