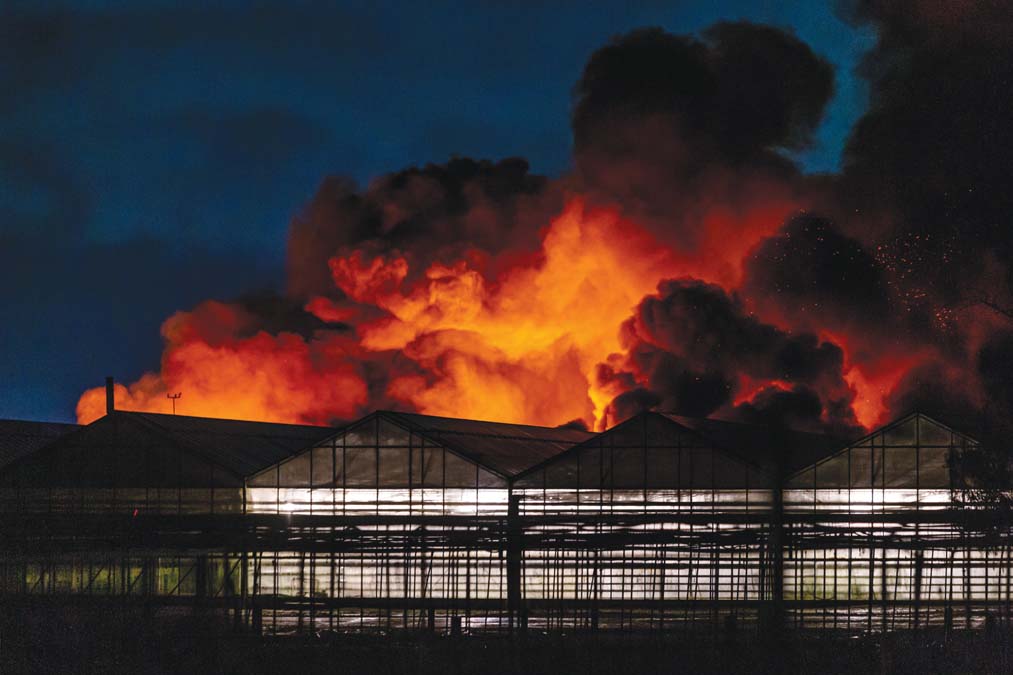 FIRE fighters from Carrum Downs, Edithvale, Patterson River, Skye, and Frankston fire brigades were among those that helped to battle a huge blaze in Lyndhurst last week.

At around 10pm on 17 July, firefighters were alerted to a fire at the corner of Thompsons Rd and McCormicks Rd in Lyndhurst. They were told that a large glasshouse was ablaze.

Fire crews arrived to find the building burning. They worked into the early hours of the morning to extinguish it.