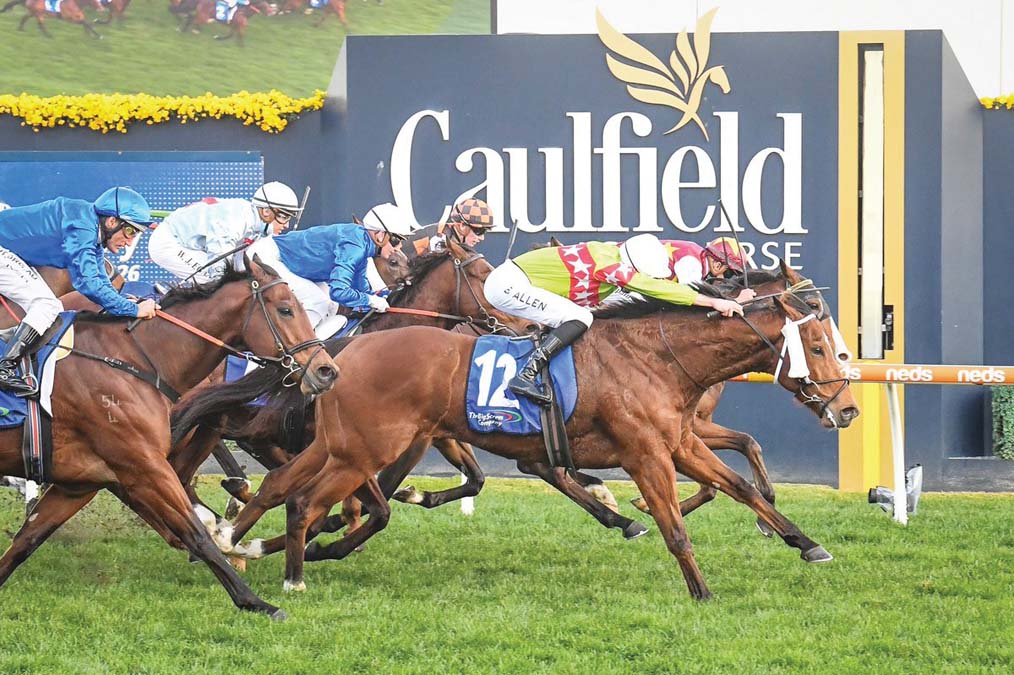 STREETS of Avalon is right on track for his Spring targets after running a gallant second in the Group Three Bletchingly Stakes (1200m) at Caulfield on Saturday.

The tough six-year-old gelding sat outside the leader in the day’s feature sprint and was one of the first horses to come off the bridle turning for home.

Showing plenty of determination, Streets of Avalon didn’t give in under the pressure and fought off several challenges in the straight. But, a late dive from the Phillip Stokes-trained Sansom proved costly as the four-year-old gelding got his head down right on the line to nab the victory.

Mornington-based trainer Shane Nichols said it was a huge first-up performance from his dual Group One winner.

“He was very brave,” Nichols said. “It was just the bob of the head that was out of sync otherwise he probably wins but he’s on track for a very good spring as long as we can draw a gate and get good weather.”

Despite the tough run, Nichols said the gelding has come through it in “really good shape”.

Streets of Avalon will have a three-week break before heading back to Caulfield for the Group Two P.B Lawrence Stakes (1400m). If all goes well, he’ll head third-up into the Group One Memsie Stakes (1400m) a fortnight later.