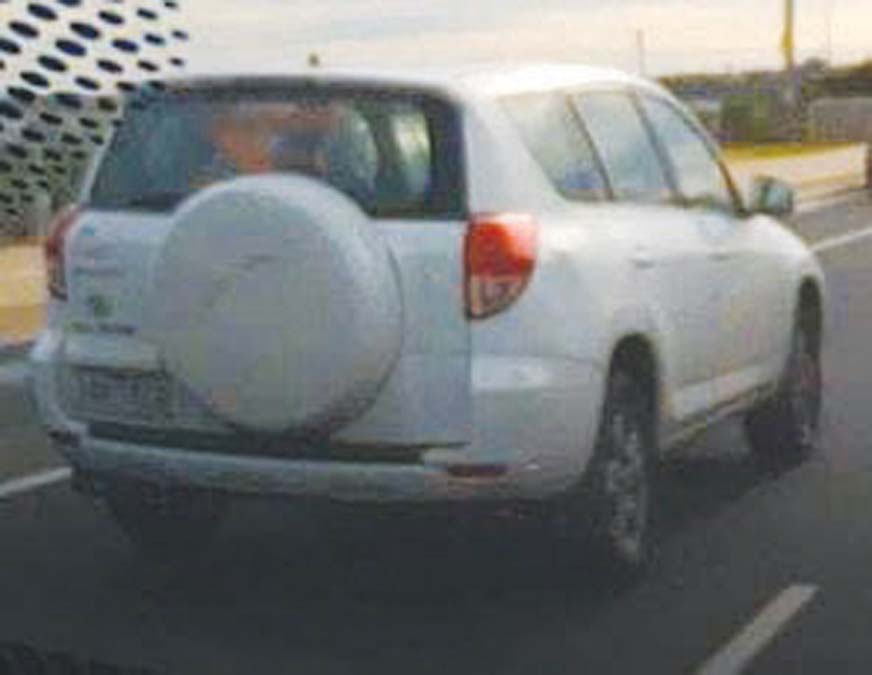 A DRIVER is wanted after they evaded police in Mentone, 11 July.

Police say that a white Toyota RAV4 was speeding on Beach Road at about 2.30pm. They later spotted the car on the road at about 3pm, when they say the driver “evaded police and was seen driving through several red pedestrian lights near a life-saving club on Kitchener Street.”

The driver allegedly drove erratically, on the wrong side of the road, and escaped police. They were last seen turning right onto Marina Parade.

An image of the car has been released by police. They are asking for anyone who recognises it to come forward.

Information and dashcam footage can be passed on to  Crime Stoppers on 1800 333 000 or www.crimestoppersvic.com.au